Laura Brown was the Editor in Chief of InStyle, one of the world’s most successful fashion media brands, where she was responsible for InStyle’s voice, content, strategy and brand extensions, until February 2022. Helming a brand that reaches more than 30 million women, Brown oversaw the print magazine, digital across all platforms, and 13 international editions. In addition, she lead development of the ‘ InStyle Badass Women’ platform and live events such as the annual InStyle Awards and the Golden Globes party.

Heralded for ushering in a new generation of Editor-in-Chief, Laura's philosophy of “Everybody’s In,” helped her reach and appeal to a wide range of audience. Her invaluable contributions to the media and fashion industries have garnered extensive coverage and recognition – with profiles in The New York Times, The Business of Fashion, New York Magazine, Fast Company and Digiday, among many others.

Lauded for her fun, informative, and relatable speaking style, Laura captivates audiences with conversations about her storied career, the intersection of fashion and politics, and following your path in an organic way. 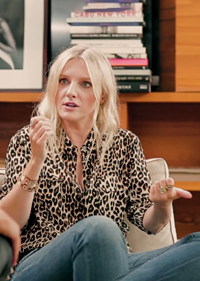 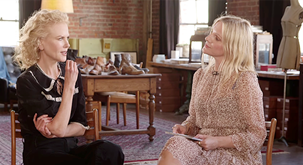 Please send me availability & fees for Laura Brown
Thank you for your interest in this Harry Walker Agency speaker.
You will hear from one of our agents in the next 24 hours. If you have any other questions or information, please call us right away at 646.227.4900. Are you also interested in learning more about other speakers? Create a My Speaker List.
A Sample of the Groups That Have Hosted Laura Brown
Celebrating The Women Making A Difference | NBC News [5:55] - Get Sharable Link
https://www.harrywalker.com:443/speakers/laura-brown?videoid=37832
Celebrating The Women Making A Difference | NBC News [5:55]

Play
Now
Virt. Discussion - On Producing a Magazine and Being Your Best Self | Angle on Producers Podcast [54:00]

Play
Now
Profile Interview - The ever-witty executive editor of Harper's Bazaar holds forth on great coffee, athleisure, and the appeal of "duding out." | Ralph Lauren [2:10]

Fashion Can Be Funny

Underthinking It: Following Your Path Organically

LAURA BROWN is an excellent moderator, facilitating engaging and necessary conversations. As the former Editor in Chief of InStyle, one of the world’s most successful fashion media brands, Brown is well-practiced at interviewing interesting people, and knows how to ask the questions that keep a conversation flowing naturally into deeper, more interesting places. A talented speaker herself, Brown strikes the perfect balance of being an important focal point of the conversation without stealing the show. Every time Brown moderates, she is described as refreshing, fun, and relatable, and illustrates what a difference a skilled and professional moderator brings to a program.

Brown moderates conversations on many topics, and speaks leads discussions on fashion, politics, following your path, and media. She is also the host of the Ladies First with Laura Brown podcast, dedicated to empowering women and lifting up changemakers. 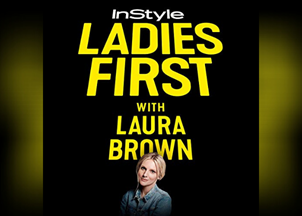 LAURA BROWN was the former Editor in Chief of InStyle, one of the world’s most successful fashion media brands. Brown was responsible for InStyle’s brand, content, and strategy, so it’s no surprise that her podcast Ladies First with Laura Brown is brimming with style and fun.  Brown’s personal motto is “everybody’s in,” and that inclusivity permeates the podcast, dedicated to empowering women and lifting up changemakers. Lauded for her fun, informative, and relatable speaking style, Laura captivates speaking audiences with stories from her career at the intersection of fashion and politics, and lessons in owning your own brand and style.

Laura Brown is a journalist, creative consultant and host.

Editor in Chief of InStyle from 2016 to 2022, she ushered the magazine vibrantly through a divisive administration, social unrest and an unprecedented pandemic. Brown reinvented InStyle, embracing a diverse readership with the slogan, “Everybody’s In.”

At InStyle, Brown expanded the brand’s sphere, giving voice to new fashion, celebrity and activist leaders, particularly with the bold platform, ‘Badass Women.’ Her social media sensibility extended the voice of InStyle beyond the page. Under Brown, InStyle was the first American fashion magazine to ban fur and exotic skins in 2018, and also the first to sign the 15% Percent Pledge. Her unifying voice – most literally on her podcasts – attracts women from all worlds with an inclusive, warm and witty worldview.

Before joining InStyle, Brown was Executive Editor of Harper’s BAZAAR. During her tenure at BAZAAR and InStyle, Brown received numerous magazine awards: The 2016 ASME Fashion Cover of the Year for BAZAAR’s cover of Rihanna in a shark’s mouth; InStyle’s Best September Issue 2017 award by The Daily Front Row; 2018 ASME Fashion Cover of the Year for InStyle’s inaugural Badass Women cover starring Serena Williams; the Australian Fashion Laureate for Lifetime Achievement in 2019; Hottest Design/Photography in a Magazine for Adweek’s Hotlist 2020; Editor of the Year, The Daily Front Row 2021; Hottest Cover of the Year (Secretary of the Interior Deb Haaland), AdWeek 2021 and the ASME for Best Profile Photograph, 2022.

Prior to InStyle and Harper’s BAZAAR, Brown was Articles Director of Details and Senior Editor at W. She earned her B.A in Arts and Communication from Charles Sturt University in New South Wales, Australia.

Brown sits on the boards of ‘me too.’, The Fashion Trust U.S., SeeHer, Foot Soldiers Park and the One Love Foundation.