An entrepreneur, activist, politician and a philanthropist, Dr. Joyce Banda is the former president of Malawi, making her the country's first female president and Africa's second. Voted as Africa's most powerful woman by Forbes magazine and voted as one of the most powerful women in the world, she is a champion for the rights of women, children, the disabled and other marginalized groups. Continuing her tireless work encouraging women to enter political office and championing the rights of women and the disenfranchised, Dr. Banda has taken on a Distinguished Visiting Fellowship at the Center for Global Development, jointly with the Woodrow Wilson Center, where she brings her invaluable experiences as a leader in African politics. She is also a member of the United Nation's Council of Women World Leaders, and was recently named Honorary Chairperson of The Women Empowerment & Development Society in Asia-Africa. 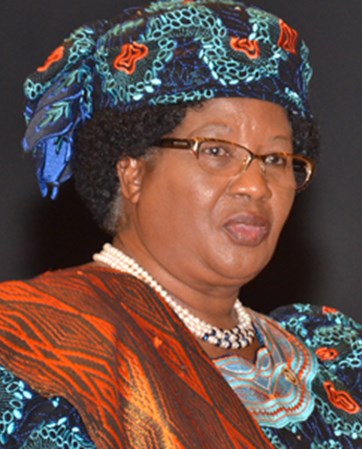 Please send me availability & fees for Joyce Banda
Thank you for your interest in this Harry Walker Agency speaker.
You will hear from one of our agents in the next 24 hours. If you have any other questions or information, please call us right away at 646.227.4900. Are you also interested in learning more about other speakers? Create a My Speaker List.
Rave Reviews About Joyce Banda
“
Everyone in attendance loved President Banda's appearance and was captivated by her speech. All of your assistance and help was greatly appreciated and helped the event run smoothly.

Play
Now
Keynote Clip - Why we should help women in politics | Center for Global Development [6:22] 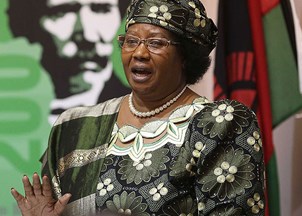 Joyce Banda is a powerful voice on women's rights

First female Preisdent of Malawi, and the second in Africa, Dr. JOYCE BANDA is a passionate advocate for expanding women's leadership around the world- from within their own homes to executive offices to chambers of government.  A member of the United Nation's Council of Women World Leaders and Founder of the National Association of Business Women in Malawi, a nonprofit that aims to lift women out of poverty through economic empowerment, Banda has dedicated her life's work to women's empowerment. Sought-out to speak everywhere from We Day to the Simmons Leadership Conference to Brown University, Banda receives rave reviews such as:"President Banda was amazing," (WE Day) and "Everyone in attendance loved President Banda's appearance and was captivated by her speech." (George Washington University)

Learn more about Dr. Banda's support of women's leadership around the world >>
Tweets by Joyce Banda

An entrepreneur, activist, politician, and philanthropist, Her Excellency Dr. Joyce Banda is Former President of the Republic of Malawi, having ruled Malawi from 2012 -2014. She is Malawi’s first female president and Africa’s second.  Voted as Africa's most powerful woman by Forbes magazine for two years running and voted as one of the most powerful women in the world, Her Excellency Dr. Joyce Banda is a champion for the rights of women, children, and the disabled and other marginalized groups.

Before becoming President of Malawi, Dr. Joyce Banda served as a Member of Parliament, Minister of Gender and Child Welfare, Foreign Minister, and Vice President of the Republic of Malawi. While serving as Minister of Gender and Child Welfare, Dr. Joyce Banda championed the enactment of the Prevention of Domestic Violence Bill in 2006, which provides a legal framework and instrument for the elimination and prevention of all forms of violence against women and girls.

President Banda is credited for turning around Malawi’s ailing economy, which was on the verge of collapse when she became president in April 2012. She instituted a number of economic reforms which did not only bring the economy back on the right track but also saw the economy growing from 1.8% in 2012 to over 6.2 % in 2014; improved the operational industrial capacity from 35% in 2012 to 85% in July 2014;   enhanced Malawi’s foreign exchange import cover from one week in 2014 to three and half months in July 2014; and also turned around Malawi’s fuel cover from 1 day in 2014 to 15 days in 2014 at any given time.  In the areas of democracy, President Banda repealed a number of draconian laws that infringed on people’s civil liberties, media freedom and weakened institutions of good governance and rule of law.

Dr. Joyce Banda’s unwavering commitment to the promotion of women’s maternal health and reproductive rights saw her establish the Presidential Initiative on Maternal Health and Safe Motherhood which spearheaded the fight against high maternal mortality and the promotion of safe motherhood in Malawi. Remarkably during the two year period of her presidency, Malawi registered considerable success in the areas of maternal and child health and reproductive health in general as the country reduced the maternal mortality ratio from 675 deaths per 100,000 live births to 460.  This achievement is attributed to the model which President Banda introduced, which was a balanced act of both traditional and technical dimensions and approaches.

Staying fast to her humanitarian convictions, President Banda sold the multi-million dollar presidential jet and donated 30% of her salary to Malawi Council for the Handicapped (MACOHA), an organization for people with disabilities during her two years of presidency.

A recipient of more than 15 international accolades including the “Hunger Project Africa Prize for Leadership for the Sustainable End of Hunger” shared with President Joaquim Chissano of Mozambique in 1997, President Banda is a strong advocate for women and girls’ emancipation and empowerment and a prominent civil rights campaigner. She founded Joyce Banda Foundation International, which has guided projects from empowering women to providing education for orphans. Currently Joyce Banda Foundation International has benefited  over 1.3 million people in Malawi through various programs and interventions ranging from economic empowerment, agriculture and food security, education, water and sanitation, and youth development, just to mention a few.  Among many other organizations, she established the National Association of Business Women, which lends women start-up cash to build small businesses, and the Young Women's Leadership Network, which mentors female students in schools.

On the international scene, President Banda was instrumental in the formation of such organizations as African Federation of Women Entrepreneurs (AFWE) currently running in 41 countries in Africa, Council for the Economic Empowerment of Women in Africa (CEEWA) and Americans & Africans Business Women’s Alliance (AABWA) of which she served as First President.

President Banda sits on a number of international organization bodies. These include the Executive Advisory Committee of UNIFEM, Global Leaders Council for Reproductive Health, and Scientific Advisory Board of the Programs in Global Health and Social Change for Harvard Medical School. Continuing her tireless work encouraging women to enter political office and championing the rights of women and the disenfranchised, Dr. Banda has taken on a Distinguished Visiting Fellowship at the Center for Global Development, jointly with the Woodrow Wilson Center, where she brings her invaluable experiences as a woman in African politics.

President Banda has been a panelist and motivation speaker at a number of international conferences and forums, including the International Conference on Women in Beijing, the American and African Business Women's Africa Conference in London, and the Women Deliver Conference in Washington, DC.