Celebrated journalist and author Joel Stein is a sharp, thoughtful, and hilarious moderator and emcee for events worldwide. As a speaker, he also provides insights on today's political climate and cultural moment, and the ways in which we can get disparate-- and often disagreeing-- groups to come together.

A TIME columnist for nearly two decades, Stein has written over a dozen cover stories on everything from pop culture, to politics, sports, business, and technology. He's also been a columnist for Men’s Health, Entertainment Weekly, and the Los Angeles Times.

Stein’s the author of two books, Man Made, and most recently, In Defense of Elitism, which explores the power of people with seemingly opposing mindsets coming together, and makes a compelling argument for a return to empathy and understanding in society today.

Sought-out to speak and moderate everywhere from Ted to Google to college campuses nationwide, Stein customizes his remarks for every audience, infusing them with his sense-of-humor and unique ability to bring unexpected-- and fascinating-- details to light. As a moderator he's interviewed Barbara Streisand, Seth Rogen, Joan Rivers, Joseph Gordon Levitt, Questlove, Fred Armisen, and more. He's heralded for bringing out the best stories and thoughtful analysis from his subjects, and keeping the conversation moving in organic and dynamic ways. 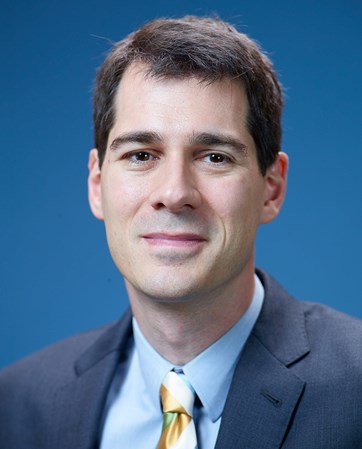 Please send me availability & fees for Joel Stein
Thank you for your interest in this Harry Walker Agency speaker.
You will hear from one of our agents in the next 24 hours. If you have any other questions or information, please call us right away at 646.227.4900. Are you also interested in learning more about other speakers? Create a My Speaker List.
A Sample of the Groups That Have Hosted Joel Stein
Keynote- My search for masculinity | TEDxStanford [7:40] - Get Sharable Link
https://www.harrywalker.com:443/speakers/joel-stein?videoid=38481
Keynote- My search for masculinity | TEDxStanford [7:40]

Renowned journalist and author Joel Stein is frequently invited to moderate and interview panels and roundtables, conduct one-on-one fireside chats, and serve as emcee for events of all sizes. From kickoff to closing, Stein works closely with hosting organizations to ensure they get the very most ou ...

Renowned journalist and author Joel Stein is frequently invited to moderate and interview panels and roundtables, conduct one-on-one fireside chats, and serve as emcee for events of all sizes. From kickoff to closing, Stein works closely with hosting organizations to ensure they get the very most out of their speakers, and the conversation moves in substantive, and genuinely exciting, directions. Having interviewed everyone from Joe Biden to George Clooney as a reporter, in front of live audiences Stein has interviewed Barbara Streisand and Seth Rogen; Joan Rivers; Joseph Gordon Levitt; Questlove and Fred Armisen. Whether discussing politics, business, technology or culture, Stein draws the best anecdotes and analysis out of his subjects.

The night Donald Trump won the presidency, Joel Stein, Thurber Prize finalist and former staff writer for TIME, instantly knew why. The main reason wasn't economic anxiety or racism. It was that he was anti-elitist. To find out how this shift happened, Stein spent a week in Roberts County, Texas, wh ...

The night Donald Trump won the presidency, Joel Stein, Thurber Prize finalist and former staff writer for TIME, instantly knew why. The main reason wasn't economic anxiety or racism. It was that he was anti-elitist.

To find out how this shift happened, Stein spent a week in Roberts County, Texas, which had the highest percentage of Trump voters in the country. He visited the home of Trump-loving Dilbert cartoonist Scott Adams; met people who create fake news; and found the new elitist organizations merging both right and left to fight the populists.

In these illuminating and candid remarks, Stein reveals what he learned on his journey, and how the experience shifted his mindset completely. He highlights how by listening to others, opening our minds and hearts to concerns that differ from our own, and attempting to understand the point of view of those on the opposite side of the aisle, we can bring civility and unity back into American society. 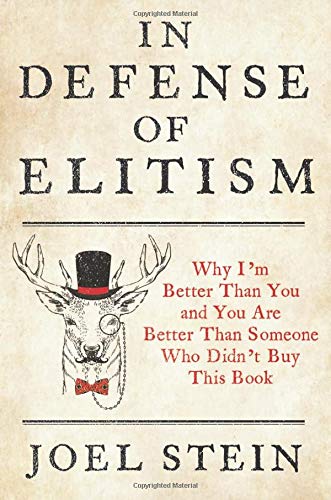 In Defense of Elitism: Why I'm Better Than You and You are Better Than Someone Who Didn't Buy This Book 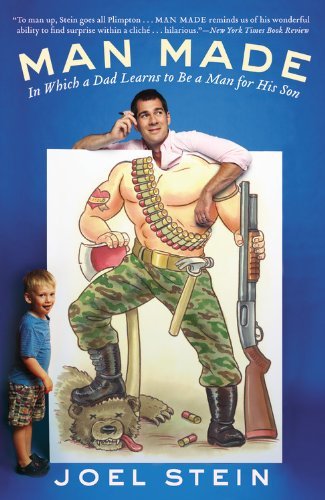 Man Made: In Which a Dad Learns to Be a Man for His Son

Since 1998, Joel Stein has written a regular humor column in TIME magazine, where it clearly does not belong. Especially when you consider that he has written about his wife eating her own placenta, writing a memoir in one day to show up Sarah Palin, his mom’s second wedding and getting a medical marijuana card while being perfectly healthy. In the name of participatory journalism, he often risks his body and his pride – and he usually loses.

Since joining TIME in 1997, he has written 13 cover stories, including one in which George Clooney came to his house for dinner. He covers food (Tom Collichio cooked a meal for under $10 at his house) and celebrities (he and Paul Rudd went to a bar to find another guy for a straight man date) for TIME, but also writes about politics (covering Joe Biden during the 2008 campaign), business (two covers on Las Vegas), sports (a cover on Michael Jordan) and technology (two covers on the internet boom).

In 2002, he also wrote the back page column for Entertainment Weekly; from 2004-2009 he wrote a weekly opinion column for the Los Angeles Times; he currently writes a monthly column for Men’s Health. He has also contributed to the New Yorker, Businessweek, Fortune, Wired, Esquire, GQ, Details, Food & Wine, Travel & Leisure, Sunset, Elle, Playboy, Women’s Health and a whole lot of magazine that have folded in the last few years, none of which was his fault.

Stein has appeared on any TV show that asks him, hosting an intersiticial interview show for Cinemax and HBO since 1998. He’s also appeared on VH-1’s I Love the ‘80’s (or any other decade they tell him to love), too many shows on E! Entertainment that have titles such as 101 Hottest Hot Hotties, as well as Real Time with Bill Maher, Nightline, the Today Show, Good Morning America and the ABC Nightly News.

Although he was a writer for one season of an ABC sitcom (Crumbs), he has spent far more time writing failed pilots for network television (five of them, two of which were shot, none of which the public was asked to endure). He has spent a week as a fellow at the Hoover Institute on the Stanford campus, where he got his B.A. and M.A. in English. He also taught humor writing at Princeton, where they probably should be doing more important things.

Stein’s first book is Man Up, in which, at 39 years old, he finally learns to be a man. In the book, he goes a round with the UFC’s Randy Couture, fires an Abrams tank at Ft. Hood, does boot camp with the Marines, spends a day as a firefighter, builds a house, works in a race car pit crew, goes turkey hunting and earns his first Boy Scout badge during a camping trip. He expects to learn that masculinity is defined not by the size of his muscles, but by the size of his heart (also, technically, a muscle). This is not at all what he learns.