Few speakers are able to answer, "What is the meaning of life?" more than just rhetorically, but J. Craig Venter helps his audiences understand the meaning at its scientific essence. He is regarded as one of the leading scientists of the 21st century for his numerous, invaluable contributions to genomic research and the study of life, and through his studies he has become a teacher and policy advisor on health, longevity and the environment.   He is co-founder of Human Longevity Inc. and a scientist of human existence—from sequencing the human genome to actually creating synthetic life.

Please send me availability & fees for J. Craig Venter
Thank you for your interest in this Harry Walker Agency speaker.
You will hear from one of our agents in the next 24 hours. If you have any other questions or information, please call us right away at 646.227.4900. Are you also interested in learning more about other speakers? Create a My Speaker List.
Rave Reviews About J. Craig Venter
“
Your comments on the complexity of human biology really hit home. Especially the premium you put on the environment in shaping life outcomes. Coming from one of the most-quoted biologists and the only man whose DNA has been sequenced, the message that genes are not our destiny certainly struck a chord. The wealth of relevant questions that came your way from a lay audience was proof of how much the delegates enjoyed your address.

Life at the Speed of Light

In 2010, J. Craig Venter and his team at the Venter Institute became the first to successfully construct “synthetic life”—putting humankind at the threshold of the most important and exciting phase of biological research, one that will enable us to actually write the genetic code for designing new s ...

In 2010, J. Craig Venter and his team at the Venter Institute became the first to successfully construct “synthetic life”—putting humankind at the threshold of the most important and exciting phase of biological research, one that will enable us to actually write the genetic code for designing new species that can be used in many ways for the betterment of mankind. The science of synthetic genomics will have a profound impact on human existence, including new chemical and energy generation, human health and medical advances, clean water and food production, positive environmental impact, and possibly even our evolution.

In Life at the Speed of Light, Venter presents a fascinating and authoritative study of this emerging field from the inside—detailing its origins, current challenges and controversies, and projected effects on our lives. This scientific frontier provides an opportunity to ponder anew the age-old question “What is life?”.  Life at the Speed of Light is a landmark work, written by a visionary at the dawn of a new era of biological engineering. 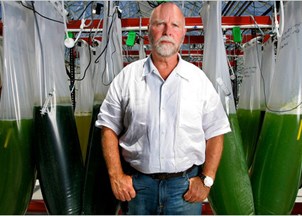 Pioneering scientist CRAIG VENTER’s Synthetic Genomics has teamed up with Exxon Mobil to lead the way in researching how to convert algae into biofuel. A groundbreaking project, the partnership made headlines in Bloomberg, and has already resulted in several breakthroughs regarding new processes for increasing oil production and thus bringing us one step closer to a viable, renewable energy source. Venter co-founded Synthetic Genomics, a company focused on designing and building biological systems to address issues of global sustainability, in 2005. Beyond ExxonMobil, the company has been sought-out by Janssen, Novartis, and more.  Beyond his work with Synthetic Genomics, Venter also founded the non-profit J. Craig Venter Institute, which has also been working on improving biofuels. Just recently, the J. Craig Venter Institute was awarded a 5-year, $10.7 million grant by the U.S. Department of Energy focused on enabling next-generation biofuels and bioproducts. A scientist on the true forefront of alternative energy and technology advancement, Venter regularly receives rave reviews for bringing his profound insights and game-changing research to light. Reviews from recent audiences include: "The program with Dr. Venter was a smash success: he is just one amazing speaker!” (PepsiCo) and "Excellent. Craig Venter’s presentation was mind blowing and really interesting. I think it was a perfect speech for our Summit this year… To have someone on the cutting edge such as Craig Venter really gave our event’s theme credibility. It was also very nice that he was involved with the conference beyond just making his speech…” (Global Water Intelligence) 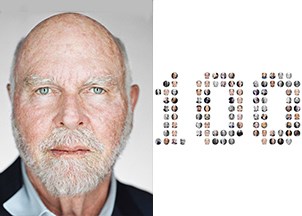 Pioneering scientist on the human genome, DR. J. CRAIG VENTER was awarded a spot on Forbes’ prestigious list of the “100 Greatest Living Business Minds.” Internationally renowned for leading the team that sequenced the complete human genome and later created the first synthetic cell, Venter is the Founder of the J. Craig Venter Institute and Celera Genomics, as well as Executive Chairman of Human Longevity Inc., and Synthetic Genomics Inc., where he continues to conduct innovative research to explore the most profound elements of human existence. As part of the Forbes honor, Dr. Venter wrote a compelling op-ed “On Experimentation,” revealing how’s he’s managed to find success and stay ahead of the pack. As Dr. Venter writes, "Most people fail in science because they talk themselves out of doing the experiment. Ideas are a dime a dozen. What makes the difference is the execution of the idea." Continuously sought-out for his innovative insights—he was interviewed on his keys to success in Wired— Dr. Venter is no stranger to elite rankings: he’s made TIME’s list of “100 Most Influential People” twice. 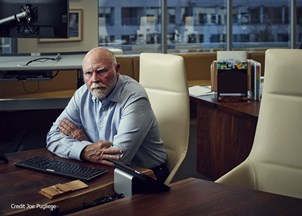 In a Wired article entitled “How superstar geneticist Craig Venter stays ahead in science,” J. CRAIG VENTER reveals the strategies and work ethic that have made him the successful scientist he is today. A renowned pioneer in synthetic biology, in 2000 Venter led the team that sequenced the complete human genome and in 2010 he created the first synthetic cell. Today, as the Chairman and CEO of the J Craig Venter Institute, Executive Chairman of synthetic biology company Synthetic Genomics, and Executive Chairman and head of scientific strategy at health firm Human Longevity, Venter is juggling multiple prestigious positions at once. So how does he manage it all? In the interview, Venter reveals how to handle stress, and be an effective team manager and decisive decision-maker, and more. As Venter said: “I get good ideas every day. The secret is learning how to execute them.” 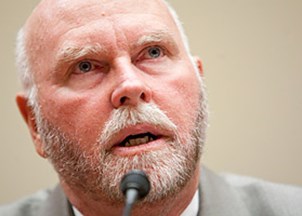 J. Craig Venter tackles an elusive question—how long are you going to live?

Renowned scientist and pioneer J. CRAIG VENTER has conceived of another revolutionary, scientific breakthrough in genomics. Dubbed “one of biology’s living legends”, Dr. Venter rose to fame for his advanced genetic work and has continued evolving the field with his nonprofit, the J. Craig Venter Institute and Human Longevity Inc. Dr. Venter’s goal is to deliver advanced information about pre-existing health conditions, thus shifting the focus of healthcare from treatment and towards prevention. By predicting and averting treatable diseases, Dr. Venter is “shaking the foundation of a topic that precisely 100% of Homo Sapiens have a keen interest in: how and when each of us will die.”  The Health Nucleus assessment is one of Dr. Venter’s many groundbreaking research contributions that have earned him recognition as one of the leading scientists of the 21st century. Life at the Speed of Light: From the Double Helix to the Dawn of Digital Life A Life Decoded: My Genome: My Life

J. Craig Venter, PhD, is regarded as one of the leading scientists of the 21st century for his numerous invaluable contributions to genomic research. Dr. Venter is Founder, Chairman, and CEO of the J. Craig Venter Institute (JCVI), a not-for-profit, research organization with approximately 200 scientists and staff dedicated to human, microbial, plant, synthetic and environmental genomic research, and the exploration of social and ethical issues in genomics.

Dr. Venter began his formal education after a tour of duty as a Navy Corpsman in Vietnam from 1967 to 1968. After earning both a Bachelor of Science in Biochemistry and a PhD in Physiology and Pharmacology from the University of California at San Diego, he was appointed professor at the State University of New York at Buffalo and the Roswell Park Cancer Institute. In 1984, he moved to the National Institutes of Health campus where he developed Expressed Sequence Tags or ESTs, a revolutionary new strategy for rapid gene discovery.

In 1992, Dr. Venter founded The Institute for Genomic Research (TIGR, now part of JCVI), a not-for-profit research institute, where in 1995 he and his team decoded the genome of the first free-living organism, the bacterium Haemophilus influenzae, using his new whole genome shotgun technique.

Dr. Venter and his team at JCVI continue to blaze new trails in genomics. They have sequenced and analyzed hundreds of genomes, and have published numerous important papers covering such areas as environmental genomics, the first complete diploid human genome, and the groundbreaking advance in creating the first self-replicating bacterial cell constructed entirely with synthetic DNA.

Dr. Venter is one of the most frequently cited scientists, and the author of more than 280 research articles. He is also the recipient of numerous honorary degrees, public honors, and scientific awards, including the 2008 United States National Medal of Science, the 2002 Gairdner Foundation International Award, the 2001 Paul Ehrlich and Ludwig Darmstaedter Prize and the King Faisal International Award for Science. Dr. Venter is a member of numerous prestigious scientific organizations including the National Academy of Sciences, the American Academy of Arts and Sciences, and the American Society for Microbiology.