In producing her nationally acclaimed radio show for almost 40 years, Diane Rehm developed a following of millions who appreciated her down-to-earth but sophisticated analysis and interviews for the day’s top news stories. Please send me availability & fees for Diane Rehm
Thank you for your interest in this Harry Walker Agency speaker.
You will hear from one of our agents in the next 24 hours. If you have any other questions or information, please call us right away at 646.227.4900. Are you also interested in learning more about other speakers? Create a My Speaker List.
Rave Reviews About Diane Rehm
“
“Everything went well! Mrs. Rehm is very charming and knowledgeable and her fans just adore her… Mrs. Rehm was gracious enough to greet every person as they arrived and even took pictures and autographed books for those that brought them…She was very informative about the show, her guests, her favorite interviews…She has such a gift and is truly one of a kind…All the guests just thought she was the best and they all enjoyed themselves.”

Ms. Rehm will tailor her speech to each event. Her keen curiosity means that her topics range from Iraq and the U.S. economy to the art of landscape design and James Joyce's Ulysses 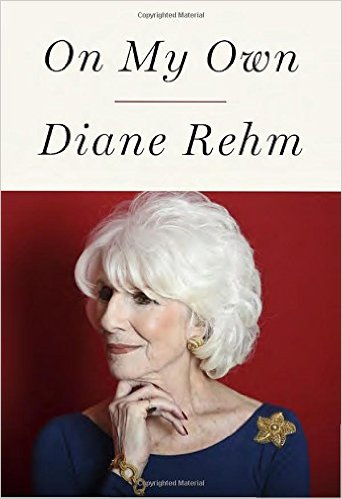 Toward Commitment : A Dialogue about Marriage

In 1979, Diane Rehm took over as host of WAMU’s midday program, Kaleidoscope, and in 1984, the name was changed to The Diane Rehm Show. In all the ensuing years, she has offered listeners thoughtful and lively conversations on an array of topics with many of the most distinguished people of our times. In September 2014, Rehm celebrated 35 years as host of The Diane Rehm Show. In December 2016 Rehm stepped away from the daily and live broadcast microphone.

The Diane Rehm Show grew from a local program to one with international reach and a weekly on-air audience of more than 2.4 million. A growing number of listeners also catch the program on its website, drshow.org, or via podcast. Video of the show’s Friday Domestic News Hour is available online, as are video spots with special guests.

Rehm’s innate curiosity is reflected in the topics her program covers, which range from Iraq and the U.S. economy to the art of landscape design and James Joyce’s Ulysses. Each of the program’s two hours included input from listeners who called in, tweeted, and posted comments to the program’s website and on Facebook. Many of the nation’s prominent newsmakers, journalists, and authors have appeared on her program, including then-Sen. Barack Obama, former presidents Bill Clinton and Jimmy Carter, former Vice President Dick Cheney, former secretaries of State Colin Powell and Hillary Clinton, retired Justice Sandra Day O’Connor, Sen. John McCain (R-Ariz.), Nobel Laureate and Pulitzer Prize-winning author Toni Morrison, and actors Cate Blanchett and Kevin Spacey.

In 2014, President Barack Obama presented Rehm with the National Humanities Medal. “In probing interviews with everyone from pundits to poets to Presidents, Ms. Rehm’s keen insights and boundless curiosity have deepened our understanding of our culture and ourselves,” the White House said.

Newsweek magazine named The Diane Rehm Show one of the most interesting talk shows in the country. National Journal says Rehm is “the class act of the talk radio world.” In fall 2013, the program was identified as one of the most powerful programs in public radio based on its ability to draw listeners to public radio stations.

In 2010, Diane Rehm won a Personal Peabody Award, considered among the most prestigious and selective prizes in electronic media, for her more than 30 years in public broadcasting. Rehm has been also named “Washingtonian of the Year,” and one of the “150 Most Influential People in Washington” by Washingtonian magazine. She’s been included several times on the magazine’s list of the “100 Most Powerful Women,” most recently in 2013. The daughter of Arab immigrants who settled in Washington in the early 20th century, Rehm was selected as Arab American of the Year by ACCESS in 2013 in celebration of her rich heritage.

Rehm has received many other honors and awards in her three-decade career, including: the inaugural Urbino (Italy) Press Award; the International Matrix Award from the Association for Women in Communications; and named a Fellow by the Society of Professional Journalists, the highest honor the society bestows on a journalist, for extraordinary contributions to the profession. In 2011, she received the Excellence in Journalism Award from the American News Women’s Club.

In 1998, Rehm’s career nearly ended because of spasmodic dysphonia, a neurological voice disorder that causes strained, difficult speech. Rehm sought treatment, returned to the show, and called attention to the condition. The National Council on Communicative Disorders recognized her work with a Communication Award, and ABC’s Nightline devoted an entire program to a conversation with Rehm about her disorder. In 2011, Rehm was awarded the Voice Education Research Awareness (VERA) Award from The Voice Foundation for her sustained contributions to the field of voice communication.

Rehm is the author of three best-selling autobiographical books: Finding My Voice (Knopf, 1999), in which she describes her childhood, marriage, career, and voice disorder; Toward Commitment: A Dialogue about Marriage (Knopf, 2002), a deeply personal book co-authored with her husband, John; and her most recent book, Life With Maxie (Gibbs Smith, 2010), a lighthearted story about her dog. She is currently writing a fourth book, On My Own, to be published by Knopf in 2015.

Rehm’s loyal connection to WAMU 88.5 and American University was recognized in 2007 when she was invited to receive an honorary degree and deliver the College of Arts and Sciences commencement speech. “I feel fortunate to have spent so many years in public broadcasting under the aegis of this fine University,” she told the graduates. “Our goals have been one and the same: to expand horizons, and to promote a deeper understanding of the world around us.” She has also been awarded honorary degrees from Virginia Theological Seminary, Washington College, McDaniel College, and Shepherd University.

Rehm is a director emerita of the PEN/Faulkner Foundation and a trustee emerita of McDaniel College in Westminster, Md.