Acclaimed innovator, entrepreneur, and venture capitalist David Grutman is a Miami-based mogul whose investments span the hospitality, technology, wellness, consumers goods, and food and beverage industries. Grutman is the Founder of the world-renowned Groot Hospitality, which owns and operates numerous high-profile restaurants, nightclubs, and hotels in Miami and Miami Beach (with imminent expansion across the U.S. and internationally). Grutman is also the Co-Owner and Creative Director of Prince, an Atlanta-based athletics and lifestyle label. There, he oversees everything from product collaborations to new product launches.

An adept and leading-edge venture capitalist, Grutman has built a substantial portfolio highlighting popular and universal objectives and cross-industry symbioses, focusing on maximum synergy and optimal returns. From the consumer arena to public-facing platforms to the nascent world of cryptocurrency, Grutman embraces dynamic diversification and openly shares his expertise, insights, and motivating takeaways in events that make an impact with both organizations and individuals. A leader in both conceptualization and portfolio management, Grutman is a guest professor at Florida International University and has also guest lectured at the prestigious School of Hotel Administration at Cornell University, the University of Miami and Harvard Business School. His work has been profiled by GQ, Paper Magazine, Vogue, and many more. In his keynotes and conversations, Grutman emphasizes the importance of relationships – looking beyond the product to value the team and people behind it. 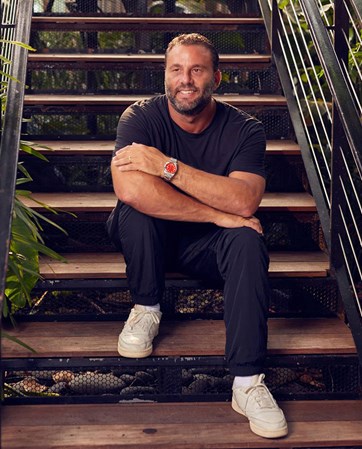 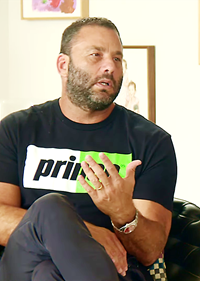 Play
Now
News Profile - Miami nightlife king on the uncharted waters ahead and why he never does anything just for money | CNBC [7:54]

Acclaimed innovator, entrepreneur, and venture capitalist David Grutman is a mogul whose investments span the hospitality industry, technology, wellness, food and beverage, and beyond. Founder of Groot Hospitality, Grutman has built a substantial portfolio focusing on maximum synergy and optimal ret ...

Acclaimed innovator, entrepreneur, and venture capitalist David Grutman is a mogul whose investments span the hospitality industry, technology, wellness, food and beverage, and beyond. Founder of Groot Hospitality, Grutman has built a substantial portfolio focusing on maximum synergy and optimal returns, and emphasizes the importance of people over product. He embraces dynamic diversification and openly shares his expertise, insights, and motivating takeaways in events that make an impact with both organizations and individuals.

David Grutman is a globally renowned innovator and entrepreneur in the hospitality field. He is known for creating immersive experiential venues with distinct atmospheres, infusing high energy and transportive luxury across a one-of-a-kind portfolio of restaurants, hotels, bars, and nightclubs.

Grutman—himself a native Floridian—founded Groot Hospitality in Miami. In the nearly 15 years since its launch, Groot has developed a sizable and impressive portfolio across Miami Dade County. The company owns the restaurants Gekkō, Komodo, Swan, The Key Club, Papi Steak and Strawberry Moon. Its nightlife ventures include LIV at Fontainebleau and Story. Grutman also spearheaded the conception and execution of The Goodtime Hotel. Future openings include multiple new properties–and both national and international expansion, from Las Vegas to Doha, Qatar. Somewhere Else will be Grutman and Groot’s first resort, arriving in 2024 on Atlantis Paradise Island, The Bahamas.

These venues are individually influential, yet it’s their combined contribution to the region’s overall hospitality roster that places them on the leading edge: Miami and Miami Beach have long been known for their extensive food, beverage, and hotel offerings, but Grutman has helped to usher in a new paradigm. He has reestablished the Miami area as a contemporary hotspot by imagining dining, hospitality and nightlife through a lens of lavish design, in-demand talent, a frisson of celebrity, social media moments, and, most importantly, escapist fun. Recognizing the global appeal of this formula, Grutman will soon expand his vision, with anticipated openings ranging across North America, the Middle East and the Caribbean.

In 2008, Grutman opened the nightclub LIV at Fontainebleau after garnering wide acclaim for his prior work in founding the Miami Marketing Group (which specialized in seamlessly merging the fields of nightlife and entertainment). The Fontainebleau had just undergone an extensive renovation by the Soffer family, and it needed an anchor after-hours attraction. Immediately, LIV garnered worldwide buzz and a celebrity clientele, which it has continued to sustain over the past decade. LIV is especially beloved for its Sunday night party, which attracts world-famous athletes celebrating their championship wins, musicians’ release parties, and movie stars whenever they’re in town. The 18,000 square foot venue is one of the highest grossing nightclubs in the United States.

Following the success of LIV, Grutman opened another Miami Beach nightclub, Story, in 2013. In 2015, he entered the dining space with the launch of Komodo, a 300-seat, ultra-popular restaurant located in Miami’s Brickell neighborhood. With his increasingly proven track record, Grutman then partnered with The Smile (out of New York City) to create OTL, a neighborhood café in Miami’s ascendant Design District.

Grutman solidified his leading position within the hospitality business with what came next: the opening of Swan and Bar Bevy, also in the Design District, for which he partnered with the multi-hyphenate talent Pharrell Williams. Swan has become a top-tier contender in the region’s restaurant scene, mixing luxuriant decor with contemporary food, along with an inimitable bar scene. Swan draws an A-list international crowd, in large part due to Grutman’s gregarious and hospitable nature. Put simply, he is the ultimate host.

In 2021, he and Pharrell Williams partnered once again on a new endeavor: The Goodtime Hotel, which marked Grutman’s first enterprise in the hotel industry. The 266-room Goodtime, which opened in April 2021, is also home to Strawberry Moon, a restaurant and pool club that promises a tropical trinity of exceptional food, exceptional drink and an exceptional time. Grutman and Williams’ next venture is called Somewhere Else, a resort opening in 2024 on Atlantis Paradise Island in The Bahamas.

In 2022, Grutman launched the Japanese-inspired steakhouse Gekkō in partnership with the recording artist and actor Bad Bunny. The Brickell-based venue serves elevated steak cuts, inventive sushi rolls and bespoke cocktails, and it opened to enormous fanfare (drawing the likes of not only Bad Bunny, but also the Beckham family, Joe Jonas and Sophie Turner, and many more).

Grutman and Groot Hospitality are working on a number of additional new projects slated to open from late 2022 onward.

Outside of hospitality, Grutman also pursues additional business and personal interests. He is the creative director and co-owner of Prince, the athletics and lifestyle company. Additionally, Grutman teaches a guest class at Florida International University called “The Dave Grutman Experience.” The seminar focuses on what it takes to conceptualize and create a leading hospitality platform. He has also guest lectured at the prestigious School of Hotel Administration at Cornell University, the University of Miami, and Harvard Business School.

Grutman is an avid tennis player, hitting the courts seven days a week. He is also passionate about fitness, and enjoys vacationing with his wife, Isabela, and two daughters Kaia and Vida, at their residence at the Amanyara in Turks & Caicos or in Isabela’s home country of Brazil. He and his family live in Downtown Miami.