Aziz Ansari is an award-winning actor, director, writer and comedian. He co-created, writes, directs, and stars in the Netflix original series Master of None for which he has won two Emmy’s for Outstanding Comedy Writing, a Golden Globe for Best Actor, as well as Emmy and DGA Award nominations for his directing. The series also received the Peabody and AFI Awards for both seasons. In 2019, he released his 5th standup for Netflix entitled Right Now directed by Spike Jonze to critical acclaim and a Grammy nomination. 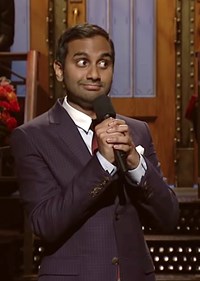 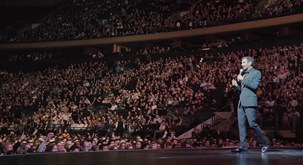 Please send me availability & fees for Aziz Ansari
Thank you for your interest in this Harry Walker Agency speaker.
You will hear from one of our agents in the next 24 hours. If you have any other questions or information, please call us right away at 646.227.4900. Are you also interested in learning more about other speakers? Create a My Speaker List.
Standup - Opening Monologue for SNL [9:03] - Get Sharable Link
https://www.harrywalker.com:443/speakers/aziz-ansari?videoid=38701
Standup - Opening Monologue for SNL [9:03] 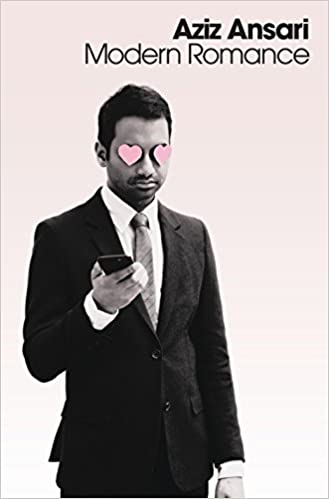 In 2015, Aziz became one of the only headlining comedians ever to sell out Madison Square Garden in New York. His two sold-out performances at the legendary arena were filmed for his fourth comedy special, Aziz Ansari: Live at Madison Square Garden, which was released on Netflix in March 2015.

In 2013, his hour-long stand-up special Buried Alive premiered on Netflix to rave reviews. Aziz’s other comedy specials include Dangerously Delicious and Intimate Moments For A Sensual Evening. He continues to perform stand-up for tens of thousands of people all around the world.

On television, Aziz co-starred opposite Amy Poehler in the beloved NBC series Parks and Recreation for the show’s entire seven season run. Aziz’s portrayal of government employee ‘Tom Haverford’ earned him critical praise as one of the show’s breakout stars and garnered him nominations for an American Comedy Award for “Best Comedy Supporting Actor – TV” and a NAACP Image Award for “Outstanding Supporting Actor in a Comedy Series” in 2014. Parks and Recreation was nominated for a Golden Globe Award for “Best Television Series – Musical or Comedy” in 2014 and an Emmy Award for “Outstanding Comedy Series” in 2011, 2014, and 2015. The show was honored with a Peabody Award in 2012, was one of AFI’s “Top Television Programs of the Year” in 2011, and won an American Comedy Award for “Outstanding Comedy Series” in 2014. The show was also nominated for TCA Awards for “Program of the Year” in 2011 and “Outstanding Achievement in Comedy” in 2010, 2011, and 2012.

In 2015, Aziz released Modern Romance, a book that focuses on modern dating and how the basic issues facing a single person—whom we meet, how we meet them, and what happens next—have been radically altered by new technologies. Modern Romance debuted at #2 on the The New York Times bestseller list.

On the big screen, Aziz has appeared in This Is The End, Funny People, 30 Minutes Or Less, Get Him To The Greek, I Love You, Man, and Observe And Report.

In addition to his work as a writer and performer, Aziz has lent his voice to animated projects in both film and television; the FOX animated series Bob's Burgers as ‘Deryl’ and in Twentieth Century Fox’s animated features Epic and Ice Age: Continental Drift, which grossed $268 million and $877 million worldwide, respectively.

For his career in comedy, Aziz received Variety's “Power of Comedy” Award in 2014. Aziz got his start in entertainment performing at the Upright Citizens Brigade Theatre and with the sketch comedy group Human Giant.