What is the Ann Curry difference? She is more than a highly esteemed, award-winning journalist. Ann brings stories to life. Her reporting is raw, bold, and deeply personal, because she knows how to connect with each person she interviews. Her passion to share someone else’s truth so that she can better inform the world, comes from a deep understanding of the importance of service and it continues to be the driving force of her work on and off camera or stage. Audiences praise her for her “…genuine interest, insights, compassion for others, passion for your work, and obvious intellect and talents ... Your message was inspirational.” (Welcome House of Northern Kentucky, Inc.) Her celebrity status in the “Who’s Who” of the journalism world is a wonderful vehicle bringing her to events around the world, but at the end of the day, Ann is a person who will connect with every member of an audience and share a message that will leave each person forever changed.

Please send me availability & fees for Ann Curry
Thank you for your interest in this Harry Walker Agency speaker.
You will hear from one of our agents in the next 24 hours. If you have any other questions or information, please call us right away at 646.227.4900. Are you also interested in learning more about other speakers? Create a My Speaker List.
Rave Reviews About Ann Curry
“
Thank you for all your help. I will honestly tell you in my 15 years in the media I have brought in probably 30 different celebrities all of whom have been nice and cooperative but Ann Curry is by far the nicest, most sincere, delightful person that I have ever worked with. She went out of her way to be nice to everyone and she was more concerned that our employees were tired because of the magnitude of the event. I so appreciate your hard work in helping to get Ann to our event.

Play
Now
Keynote: How to restore trust in Journalism | TEDxPortland [27:22]

An Evening with Ann Curry: Being a Tour de Force of Determination and Making a Difference in the World

Ann Curry knows how to paint a picture of what determination looks like and feels like, because she fought her way to the top and she does not take any lesson for granted. From her years as a hotel maid to the trials and tribulations of starting in news when women were not given the same platform as ...

Ann Curry knows how to paint a picture of what determination looks like and feels like, because she fought her way to the top and she does not take any lesson for granted. From her years as a hotel maid to the trials and tribulations of starting in news when women were not given the same platform as men, to traveling to war torn corners of the world to report on the lives and deaths of the innocent, to becoming a mother and forever continuing to honor her own mother who taught her the meaning of determination, Ann Curry will share stories that will invigorate your audience to be fearless and inspire them to lead a passionate and bold life. 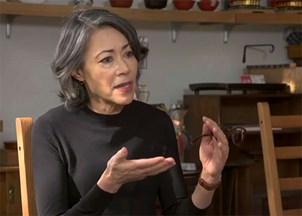 Journalist Ann Curry, a vanguard for women, honored with the Edward R. Murrow Lifetime Achievement award for her dedication to reporting the truth

Seven-time Emmy Award-winning journalist ANN CURRY has been awarded the Edward R. Murrow Lifetime Achievement in Journalism Award for her dedication to giving people caught in wars and humanitarian disasters a chance to be heard. In a career spanning more than three decades, Curry has become a trusted name in journalism. She has been a news anchor and national and international correspondent traveling the world for NBC News, a producer and reporter for the PBS docu-series We’ll Meet Again, and a producer and anchor of the TNT/TBS medical program Chasing the Cure, and has become renowned for her defense of the truth in journalism. As Curry said in her powerful TED Talk How to restore trust in Journalism, “rarely is the truth one-sided; it tends to be nuanced.” In a compelling talk with students as part of the 46th annual Murrow Symposium, Curry shared what she believes are the most vital parts of the job: serving others by amplifying underrepresented voices and informing others for the public good. Curry brings the same passion, insight, and inspiration she's known for as a reporter to events with groups like Colgate University and the prestigious Davos Global leadership Summit, providing audiences with a thought-provoking and captivating perspective on the world.

Curry regularly receives rave reviews such as: "The event went very well and Ann was a 'BIG' hit; receiving a standing ovation from the group after her inspiring speech. She was most gracious" (Volunteers of America, Oregon); "As evidenced by your standing ovations at the luncheon, you were fantastic! The event was a tremendous fundraising success" (YMCA Hartford Region); and "The event was a total success, due in large part to Ann Curry – she was warm, humorous, and intelligent and her speech captivated our audience. We are going to have a tough time topping her for next year... " (Hospital Hospitality House). 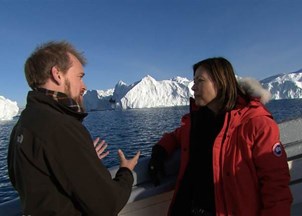 Ann Curry is a passionate advocate for the environment

Emmy Award-Winning journalist ANN CURRY reported extensively on the links between extreme weather and climate change. From documenting glacial melts in the Arctic, Antarctica, and on Mount Kilmanjaro, to the deepening droughts in the American West-- Curry brings remarkable first-hand accounts and research to the climate change conversation. She has interviewed scientists and indigenous populations in the regions of her reporting, bringing to light a remarkable diversity of viewpoints. On Earth Day she addressed hundreds of students at Colgate University, sharing insights on the climate crisis and the future of journalism. Known for her passion, and ability to connect with her audience, Curry receives praise such as: "I continue to receive wonderful feedback...We all were touched by your genuine interest, your insights, compassion for others... Your message was inspirational and continues to remind me that there are people in the world who care about the things in life that really do matter..." (Welcome House of Northern Kentucky, Inc.) 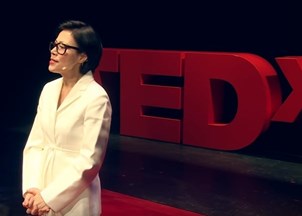 Ann Curry's powerful TEDTalk on journalism today: "How to restore trust in Journalism"

Emmy Award-winning journalist ANN CURRY delivered a compelling, crucial, and passionate TEDTalk on the state of journalism and how the credibility of the profession is at stake. Highlighting the weaponization of information that is being used to divide people worldwide, Curry shared how people are yearning for journalism they can trust and how the media can rise to meet this call. Drawing on her tremendous breadth of experience as a former national and international correspondent, Curry revealed how the best journalism reveals truth, which in turn generates trust, fosters understanding, and leads to a humanity that has the power to unite us all.

Curry quickly rose to global prominence thanks to her high-profile interviews and in-depth coverage of natural disasters and active war zones, and her reporting is a testament to the power of journalism to connect us all. Curry brings the same passion, insight, and inspiration to each of her engagements, providing audiences with a thought-provoking and utterly captivating perspective on the world. Her recent rave reviews include: "Her passion and emotion brought tremendous encouragement and delight to all who heard her speech, and they rose to their feet in applause. Her message supports our mission and will continue to inspire us to accept the challenge of reaching our goals..." (Girls Scouts of the USA); "The event was a total success, due in large part to Ann Curry – she was warm, humorous, and intelligent and her speech captivated our audience. We are going to have a tough time topping her for next year..." (Hospital Hospitality House)

Award-winning journalist and photojournalist Ann Curry is the current Executive Producer and reporter of "We'll Meet Again," a PBS series that features reunions of people whose lives crossed, and then separated, at pivotal moments and during world-changing events, A former NBC News Network anchor and international correspondent, Curry has covered the wars in Syria, Darfur, Congo, the Central African Republic, Serbia, Lebanon, Israel, Afghanistan and Iraq, reported on nuclear tensions from North Korea and Iran.  She has also reported humanitarian disasters, including the tsunamis in Japan and Southeast Asia, and the 2010 earthquake in Haiti, where her appeal via Twitter (@AnnCurry) is credited for helping to speed the arrival of humanitarian planes.   She is also the force behind groundbreaking prime time hours on Climate Change, poverty in America and Iran.

Ann has won 7 national news Emmys and numerous Edward R. Murrow awards, Gracie Allen Awards, National Headliner Awards.  The Naacp has honored her with an Excellence in Reporting award.  Women in Communications has awarded her a Matrix.  Ann has also been given numerous humanitarian awards, including from Refugees International, Americares, Save the Children, and the Simon Wiesenthal Center, which awarded her a Medal of Valor, for her dedication to reporting about genocide.