Sam Roberts has been the urban affairs correspondent of The New York Times since 2005 and has covered New York and the nation for The Times and The New York Daily News for nearly 50 years. He is the author of 10 nonfiction books, including The Brother: The Untold Story of the Rosenberg Atom Spy Case, Who We Are Now: The Changing Face of America in the 21st Century, and A History of New York in 101 Objects. 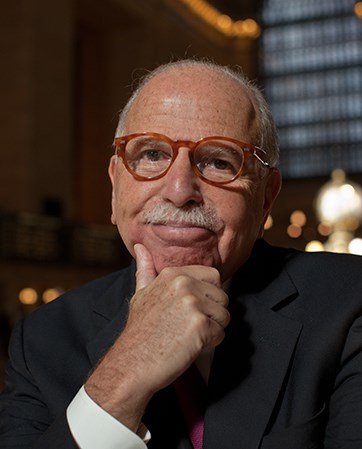 Please send me availability & fees for Sam Roberts
Thank you for your interest in this Harry Walker Agency speaker.
You will hear from one of our agents in the next 24 hours. If you have any other questions or information, please call us right away at 646.227.4900. Are you also interested in learning more about other speakers? Create a My Speaker List.
Explore Sam Roberts's Talks
Expand all >

Who Killed the Rosenbergs? Case Closed

Bet You Didn't Know That . . . America Began in New York

Who We Are 2020: America's Changing Complexion in the 21st Century 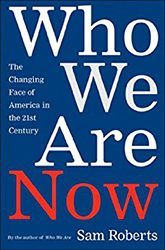 Who We Are Now: The Changing Face of America in the 21st Century 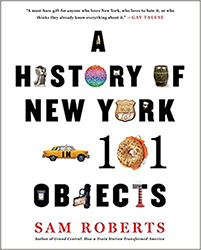 A History of New York in 101 Objects

The Brother: The Untold Story of the Rosenberg Case

Sam Roberts has been The New York Times’ Urban Affairs Correspondent since 2005. Before that, he was deputy editor of the Times’  Week In Review section and urban affairs columnist, writing the column “Metro Matters” which appeared on the front page of the Times' metropolitan section.  Previously, he served as deputy metropolitan editor and as a metropolitan reporter from 1983, when he joined the newspaper, until 1986.

Before joining the Times, he was a reporter, city editor and political editor at the New York Daily News, where he was hired in 1968.

Roberts has won awards from the Society of the Silurians, the New York Press Club, the Newspaper Guild of New York and received the Peter Kihss Award from the Fund for the City of New York.  His articles have appeared in The New York Times Magazine, the New Republic, the Huffington Post, the Daily Beast, New York, and Foreign Affairs.

He is the co-author of a biography of Nelson Rockefeller, published by Basic Books in 1977, the author of Who We Are -- a Portrait of America published in 1994 by Times Books and Who We Are Now, published in 2004. His book The Brother: The Untold Story of the Rosenberg Atom Spy Case, first published by Random House in 2001 and reissued by Simon & Schuster in 2014, was a finalist for the National Book Critics Circle Award. He is also the author of A Kind of Genius: Herb Sturz and Society’s Toughest Problems (PublicAffairs), and, Grand Central: How a Train Station Transformed America (Grand Central Publishing), Only in New York (St. Martin’s Press) and A History of New York in 101 Objects (Simon & Schuster). He is the editor of America’s Mayor: John V. Lindsay and the Reinvention of New York (Columbia University Press).

Born in 1947 in Brooklyn, Mr. Roberts received his bachelor's degree in government from Cornell University in 1968.  While at Cornell he was managing editor of The Cornell Daily Sun and worked as a stringer for the Times, the Associated Press and Time, Inc.

He lives in Manhattan.