Through her company Li’l Girl Productions, writer and producer Leah Keith creates live-action and animation series and movies that explore the messiest times in our lives in the funniest and most dramatic ways possible.

Currently, as a creator and showrunner Leah is developing a comedy series, Hot Chocolate Mess with Skydance Media, Amazon Studios and Michael B. Jordan’s Outlier Productions. She is writing a feature film remake of the 1979 film A Little Romance for HBO Max, Claire Rudnick-Polstein and John Wells Productions and she is currently packaging a half-hour comedy inspired by her life with her elderly mother with Skydance Media and Angela Bassett and Courtney B. Vance’s Bassett Vance Productions. She was an Executive Producer on the Daytime Emmy Award-winning Original Series for Netflix Julie and the Phantoms created by Dan Cross and David Hoge and Directed by Kenny Ortega and Executive Producer of Best. Worst. Weekend. Ever, an Original Series for Netflix that was Co-Created by Daniel Bryan Franklin, Robin Stein and Jeremy Garelick and Directed by Jeremy Garelick.

Being a content creator, who has also been a “buyer,” earlier in her career at DreamWorks Pictures and Walt Disney Studios, gives Leah a unique perspective on the creative and business sides of Hollywood. She has worked on Emmy Award-winning, NAACP Image Award-nominated, and Peabody Award-winning motion pictures and television. What makes Leah and her career distinctive is her ability to understand and maintain the delicate balance between fiscal responsibility and creative integrity.

A favorite at corporations, universities and creative companies, Leah is a dynamic and entertaining speaker who enjoys drawing upon her experiences as a storyteller, her knowledge of the craft of writing and her business acumen to help audiences get in touch with their authenticity as a gateway to success and personal fulfillment. 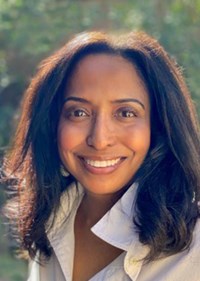 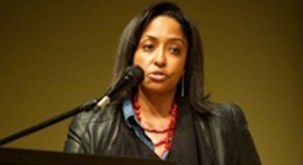 Please send me availability & fees for Leah Keith
Thank you for your interest in this Harry Walker Agency speaker.
You will hear from one of our agents in the next 24 hours. If you have any other questions or information, please call us right away at 646.227.4900. Are you also interested in learning more about other speakers? Create a My Speaker List.
Rave Reviews About Leah Keith
“
This one day I got lucky. Although I knew Leah for quite a while, I got to see Leah Keith do her thing. Expressing important philosophical gems simply by telling stories. She was superb at it. I do know about stories. I spent some forty years in the ad business selling clients’ products through stories. Leah is just great at it.

How To Tell Your Authentic Story

In this talk Leah opens her writer’s toolkit to help business leaders take deep dives into their personal stories to come face to face with the truths of who they are. Leah empowers left-brained thinkers to discover what is distinctive and relevant about themselves helping them to mine what is disti ...

What Is A Big Idea?

In this talk Leah analyzes what makes an idea big. This is an interactive session in which Leah uses popular Hollywood movie storylines to illustrate how to mine human experiences in order to elevate an idea from rarefied to universal. ...

In this talk Leah analyzes what makes an idea big. This is an interactive session in which Leah uses popular Hollywood movie storylines to illustrate how to mine human experiences in order to elevate an idea from rarefied to universal.

Despite the Losses, So Much Gained - New York Times
Biography

Television and motion picture writer and producer Leah Keith’s background and unique set of skills gives her a unique perspective on today’s American consumer. Leah has been a “buyer,” as one of the few black creative studio executives at DreamWorks Pictures and Walt Disney Studios. She has also been a “seller” as a content creator through her company Li’l Girl Productions. As a result, Leah has a dual-pronged point-of-view on the business of Hollywood. Having worked on Emmy Award-winning, NAACP Image Award-nominated, and Peabody Award-winning motion pictures and television, her specialty is mastering the delicate balance between fiscal responsibility and creative integrity.

For Leah, an approachable style of leadership and problem-solving is key to bringing projects in on time, on budget, and with the highest level of artistry. This reputation has made her company Li’l Girl Productions a trusted provider of high-quality content for studios, networks, and brands, such as Netflix, Amazon, Warner Brothers, The Disney Channel, Skydance Media, Illumination Entertainment, Nickelodeon, Mattel, and Coca-Cola. Under her guidance, new ideas and existing intellectual properties have been reimagined as content for exploitation across multiple platforms, such as streaming, games, toys, music, publishing, and fashion. Leah takes pride in ensuring that the talent in front of and behind the camera is as inclusive and varied as the audience they entertain.

As a writer and producer, Leah has written a new screenplay, Blondy, based on the life of Congolese basketball player Blondy Baruti. It is currently in the marketplace with Leah producing alongside Claire Rudnick Polstein and John Wells Productions. She is also writing a feature film remake of the 1979 film A Little Romance for HBO Max with Claire Rudnick Polstein and John Wells producing. In the series space, Leah is the Executive Producer and Showrunner of Hot Chocolate Mess, an Amazon Original Series with Executive Producers Thembi Ford, Michael B. Jordan’s Outlier Productions and Skydance Media. Leah has also created a half-hour single camera comedy inspired by living with her 90 year-old mother. Leah is the Executive Producer and Showrunner, alongside Skydance Media and Angela Bassett and Courtney b. Vance’s company, Bassett Vance Productions.

In 2020, Leah was a writing Executive Producer on the Daytime Emmy Award-winning Original Series for Netflix Julie and the Phantoms, created by Dan Cross and David Hoge and directed by Kenny Ortega. In 2017, she was a non-writing Executive Producer of Best. Worst. Weekend. Ever, an Original Series for Netflix that was co-created by Daniel Bryan Franklin, Robin Stein, and Jeremy Garelick and directed by Jeremy Garelick.

Leah was selected for the 2016 WriteHer List for the women’s advocacy organization WeForShe for her outstanding voice, and she has adapted her yet-to-be published novel about an unlikely interracial romance, A Rented Life, into a feature film for Oprah Winfrey’s Harpo Films. Leah’s essay “Despite the Losses, So Much Gained” was published in the popular “Modern Love” column of The New York Times in April 2013. It was turned into a Modern Love Podcast in August 2019 with Emmy Award nominated actress Marsha Stephanie Blake.

Leah is a graduate of the second class of the Herndon Directors Institute, an intensive training program that prepares women and people of color for corporate board service. She serves as a mentor for Colour Entertainment, an inclusive networking group for creative executives. She has been a member of The Pacific Council on International Policy, a non-profit think tank with a commitment to international affairs. She has served as a storytelling lecturer at Path North, a non-profit dedicated to helping business leaders find greater meaning in their lives. She has lectured at The USC School of Cinematic Arts; The UCLA School of Theater, Film and Television; New York University- Los Angeles; Emerson College; New York Film Academy, and various programs and film festivals in the US and abroad.

Following in her older sister’s footsteps, in 1990, Leah received a BA with Distinction in English from Barnard College/ Columbia University. She has studied at The Sorbonne and has a working knowledge of French. She is a member of the Writers Guild of America West. Leah was born in Atlanta, Georgia. She is passionate about wellness, fitness, farm-to-table cooking, and travel. She resides in Los Angeles, California.