As one of the nation's leading experts in healthcare policy and economics, Stuart Altman has confronted some of the most critical problems existing in federal health policy. The Sol C. Chaikin Professor of National Health Policy at The Heller School for Social Policy and Management, Brandeis University, Dr. Altman is an economist whose research interests are primarily in the areas of federal health policy. His work spans decades and covers most of the policy issues that have and continue to impact all areas of nursing and healthcare delivery, as well as point to the future of healthcare delivery in the new millennium. 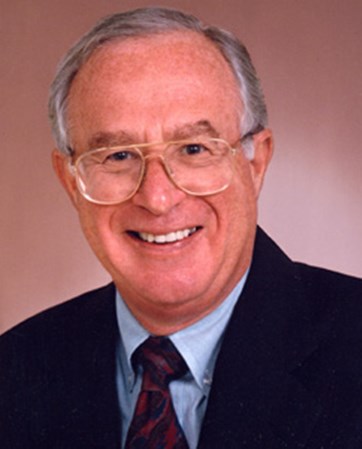 Please send me availability & fees for Stuart Altman
Thank you for your interest in this Harry Walker Agency speaker.
You will hear from one of our agents in the next 24 hours. If you have any other questions or information, please call us right away at 646.227.4900. Are you also interested in learning more about other speakers? Create a My Speaker List.
Healthcare Transformation - Get Sharable Link
https://www.harrywalker.com:443/speakers/stuart-altman/?videoid=6124
Healthcare Transformation

The Future of Medicine and Healthcare

Dr. Stuart Altman is an acclaimed economist whose research focuses on federal and state health policy. He is the author of Power, Politics, and Universal Healthcare: The Inside Story of a Century-Long Battle, which explains not only the Obama health plan but many of the intriguing stories in the hundred-year saga that led to the landmark 2010 legislation.

Dr. Altman served as the chairman of the congressionally legislated Prospective Payment Assessment Commission (ProPac) for 12 years. ProPac was responsible for advising the US Congress and the administration on the functioning of the Medicare Diagnostic Related Group (DRG) hospital payment system and other system reforms. He is chair of the Council on Healthcare Economics and Policy, a private non-partisan group that analyzes important economic aspects of the US healthcare system and evaluates proposed changes in the system. He is also chair of the Health Industry Forum, which brings together diverse group leaders from across the healthcare field to develop solutions for critical problems facing the healthcare system.

Modern Healthcare listed him among the 30 people who have had the most influence on healthcare over the past 30 years and named him among the 100 Most Powerful People in Healthcare. In June 2004, he was awarded the Academy Health Distinguished Investigator Award.

A powerful and authoritative voice in the healthcare debate, Dr. Stuart Altman shares his expertise gathered over four decades with audiences around the country.

From 2000 to 2002, Dr. Altman was co-chair for the Legislative Healthcare Task Force for the Commonwealth of Massachusetts. In 1997, he was appointed by President Clinton to the National Bipartisan Commission on the Future of Medicare. He was dean of the Florence Heller Graduate School from 2005 until 2008 and from 1977 until 1993. From 1990 until 1991, he was interim president of Brandeis University.