In recent years, Stephen’s popularity as a speaker has nearly eclipsed his reputation as a bestselling author. He speaks widely about leadership, the lessons of history, and the forces that shape modern culture. His speeches are rich in history and infused with an endearing brand of humor. He has spoken at schools such as Harvard and the United States Military Academy, for many of America's leading corporations, and at gatherings of executive leaders around the world.

Out of Mansfield’s personal experience, his research and his many years of advising leaders have come his current commitment to coaching senior executives. He has worked with presidents and governors, with CEOs and parliamentarians, to draw out their leadership gifts, extend their communication skills and increase their impact upon the world. Please send me availability & fees for Stephen Mansfield
Thank you for your interest in this Harry Walker Agency speaker.
You will hear from one of our agents in the next 24 hours. If you have any other questions or information, please call us right away at 646.227.4900. Are you also interested in learning more about other speakers? Create a My Speaker List.
Rave Reviews About Stephen Mansfield
“
Stephen Mansfield is a scholar, storyteller and master speaker. He's spoken to my 300+ team members several times, and he's blown them away every time. He's one of our favorite guests! 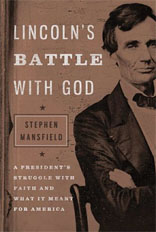 Lincoln's Battle with God: A President's Struggle with Faith and What It Meant for America 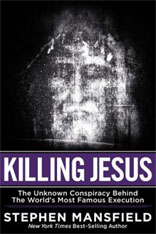 Killing Jesus: The Unknown Conspiracy Behind the World's Most Famous Execution

He first rose to global attention with his groundbreaking book, The Faith of George W. Bush, a bestseller that Time magazine credited with helping to shape the 2004 U.S. presidential election. The book was also a source for Oliver Stone’s award-winning film W.

He grew up largely in Europe due to his father’s career as an officer in the U. S. Army. After a youth filled with sports, travel, and mischief, he attended college in the U.S. and earned a bachelor’s degree in history and philosophy. For the next decade he lived in Texas where he completed two master’s degrees, hosted a radio program, and began acquiring a reputation as a speaker of both depth and humor.

In 1991, he moved to Nashville, Tennessee, to join the leadership team of one of the nation’s top mega-churches. He quickly became the senior leader of that church and continued in this role for eleven years. During that time he earned a doctorate, worked among the Kurds of Kurdistan, and advised numerous national leaders.

In these years he also launched the writing career for which he has become internationally known. His first book, on Winston Churchill, was a Gold Medallion Award Finalist. He has written celebrated biographies of Booker T. Washington, George Whitefield, Pope Benedict XVI, and Abraham Lincoln, among others. Mansfield’s The Faith of Barack Obama was another international bestseller and captured broad media attention both in the U.S. and around the world during the presidential race of 2008. His recent Mansfield’s Book Of Manly Men is inspiring men’s events around the world.

Mansfield’s latest book, The Miracle of the Kurds, is a timely introduction to the Kurdish people that has reached bookstores just as Kurdish troops are standing heroically against the evils of ISIS in the Middle East. The book has been named “Book of the Year” by Rudaw, the leading Kurdish news service.

Stephen’s popularity as a speaker has come close to matching his reputation as an author. He speaks widely about men, leadership, faith, the power of heritage, and the skills required to shape modern culture. His speeches are rich in history and infused with a rowdy brand of humor. He is also an in-demand leadership coach whose firm, The Mansfield Group, is based in Washington D.C.