Named on GQ’s list of the Most Influential Humorists of the 20th century, Richard Lewis is known to millions from his thousands of TV and radio appearances, HBO comedy specials and his sold-out concert at Carnegie Hall. 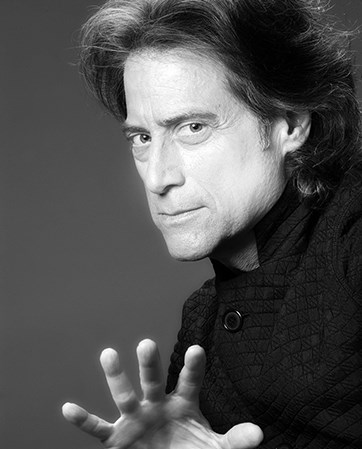 Please send me availability & fees for Richard Lewis
Thank you for your interest in this Harry Walker Agency speaker.
You will hear from one of our agents in the next 24 hours. If you have any other questions or information, please call us right away at 646.227.4900. Are you also interested in learning more about other speakers? Create a My Speaker List.
Rave Reviews About Richard Lewis
“
'Energizing' is perhaps a good word to describe the evening. Richard was entertaining yet very focused on speaking regarding his personal battle with substance abuse and depression. Everyone present truly enjoyed his presentation and MHA staff has received extremely positive feedback regarding the event. Please convey our gratitude to Richard for a job well done. We also greatly appreciate his willingness to autograph all the bookplates for copies of his book.

Humor: One of Life’s Tools

Drawing from his own rise and fall, Mr. Lewis reaches to his comedic roots and unique gift of communication to present a commanding and compelling discussion of issues like recovery, self empowerment and using humor as a life tool. ...

Drawing from his own rise and fall, Mr. Lewis reaches to his comedic roots and unique gift of communication to present a commanding and compelling discussion of issues like recovery, self empowerment and using humor as a life tool.

In this speech geared towards a college audience, Richard Lewis uses his characteristic humor and candor to address the realities of alcohol and drug abuse and the challenges of overcoming addiction. ...

In this speech geared towards a college audience, Richard Lewis uses his characteristic humor and candor to address the realities of alcohol and drug abuse and the challenges of overcoming addiction.

The Other Great Depression

Perhaps Mel Brooks put it best when he said, "Richard Lewis may just be the Franz Kafka of modern day comedy."

Lewis has taken his lifelong therapy fodder and carved it into a commanding, compelling art form. His early career as a stand-up brought him to the top of his ranks. Over time and through a variety of mediums, he broadened his exposure and came on board to appreciate his brilliantly warped world.

The New York Times said, “This renowned comedian, often considered to be the heir to Lenny Bruce, is a master of long form storytelling who turns his endless neurotic energy into brilliant comedy.” Comedy Central has recognized Mr. Lewis as one of the top 50 stand-up comedians of all time and he was charted on GQ Magazine's list of the '20th Century's Most Influential Humorists'. In December of 1989, Lewis achieved a very personal goal...he performed at Carnegie Hall to a standing room only audience.

For almost a decade, Lewis loved being part of HBO’s Curb Your Enthusiasm. The eight season series had SAG nominate Lewis for his work in the ensemble category for his recurring guest star role, playing true-to-life as one of Larry David's closest friends. The show has garnered many awards, including 39 Emmy nominations. Vanity Fair stated, "The supporting cast of Larry David's Curb Your Enthusiasm is a murderer's row of stand-up comedians--Jeff Garlin, Susie Essman, Richard Lewis, Cheryl Hines, Shelley Berman--cutting loose in character roles with killer instinct."

Still after all these years, Lewis remains addicted to performing before live audiences and is on his continuous “Tracks of My Fears” stand up tour. In live performance he is often compared to a jazz musician for his wild riffs that fly out into space but always find a way to float back into rhythm as they splatter recurring themes against a spiraling, lyrical backdrop.

In 2000, Lewis wrote his memoir, The Other Great Depression, published by the prestigious Perseus/ Public Affairs. It is as brave, insightful and forthcoming as is his comedy. He deconstructs his substance abuse and recovery, skewing it his unique way. The book is a collection of fearless, essay-style riffs featuring Lewis' dark stream-of- consciousness personal observations. In 2015 his second book Reflections from Hell, was published by Powerhouse Books. Here he collaborated with famed NY artist and longtime friend, Carl Nicholas Titolo, in which Mr. Lewis' darkly humorous thoughts are shown through the imagery of the brilliant artist.

Lewis has been featured, mentioned, and has contributed to countless books and most recently, I'm Dying Up Here by William Knoedelseder, which chronicles the collective coming of age of the standup comedians who defined American humor during the past three decades: Letterman, Leno, Robin Williams, Andy Kaufman, Richard Lewis and Garry Shandling among others.