Mary Lou Quinlan is a foremost thought-leader on women as professionals. As a woman who came of age in the 1970s, rose through corporate ranks in the 80s, cracked the glass ceiling as a CEO in the 90s, and then started an entrepreneurial success in the 00s, Quinlan draws on a wealth of personal and professional experience in compelling and timely talks focused on women in the workplace.

Quinlan’s delivery of powerful, real life scenes from her new show “WORK” supported with storytelling, data and voices of the many women she’s interviewed, provides a powerful call to action and insightful commentary on current events. Filled with passion, actionable lessons, and humor, Quinlan shares an empowering message that NOW is women’s moment to step into the truth of who they are.

Quinlan's in-depth knowledge and unique spin on the issues facing women today has made her an in-demand speaker, able to shed light on the current moment with insight and accessibility that appeals to all audiences, regardless of age or gender. 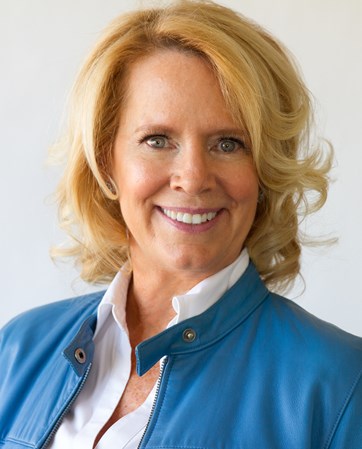 Please send me availability & fees for Mary Lou Quinlan
Thank you for your interest in this Harry Walker Agency speaker.
You will hear from one of our agents in the next 24 hours. If you have any other questions or information, please call us right away at 646.227.4900. Are you also interested in learning more about other speakers? Create a My Speaker List.
Rave Reviews About Mary Lou Quinlan
“
Your presentation was fantastic and our marketers are raving about it! By bringing to life one of the major traps Marketers often fall into, you have sparked great discussions among our brands regarding consumers 'whole' truths and how we can get to that deeper level of insight.

Play
Now
The Power of Women

What She's Not Telling You: Why Women Hide the Whole Truth and What Marketers Can Do About It

Mary LouQuinlan reveals actionable ways and fresh insights to build business with women in a fun and irreverent style. Sharing candid consumer videos from her extensive research, she dissects the “halftruths” and “whole truths” of women's buying behavior and shares advice on ...

Mary Lou Quinlan reveals actionable ways and fresh insights to build business with women in a fun and irreverent style. Sharing candid consumer videos from her extensive research, she dissects the “halftruths” and “whole truths” of women's buying behavior and shares advice on building more effective brands, communications and relationships with the powerhouse female consumer.

The Inspiring Secret to Learning to Let Go

In a busy world where we are filled with so many burdens and worries, how do we find a way to release the anxiety and to find relief and resolution? Based on her moving book, The God Box: Sharing My Mother’s Gift of Faith, Love and Letting Go, speaker and bestselling author Mary Lou Quinlan gives a ...

In a busy world where we are filled with so many burdens and worries, how do we find a way to release the anxiety and to find relief and resolution? Based on her moving book, The God Box: Sharing My Mother’s Gift of Faith, Love and Letting Go, speaker and bestselling author Mary Lou Quinlan gives a captivating presentation of her remarkable discovery of her mother’s God Boxes, filled with two decades of handwritten notes of her worries and wishes. The simple box held the secrets of her ritual for finding resolution for her own cares, as well as those of her family, friends and even strangers who leaned on her.

Although she always knew that her mother kept her petitions in a God Box, Miss Quinlan never adopted the practice herself. Instead, Miss Quinlan, a highly accomplished marketing and advertising executive, relied on her own can-do nature and tried to carry the burdens of everyday life on her shoulders and in her heart. But as she pored over her mother’s loving notes, she unearthed lessons in compassion, perseverance, aspiration and letting go. Mary Lou incorporates video images and music in this one-woman tour de force of emotion and laughter that will empower audiences to find their own path to releasing their life’s burdens.

Building a Career that's Brand You: Discovering the life and work that's uniquely you (and the half-truths between you and success).

Time off for Good Behavior How a well-deserved break can get your life back on track. 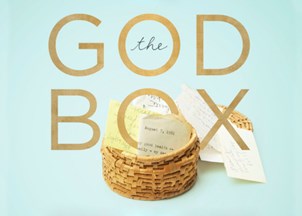 'A Love Letter to Ireland' by Mary Lou Quinlan The God Box: Sharing My Mother’s Gift of Faith, Love and Letting Go 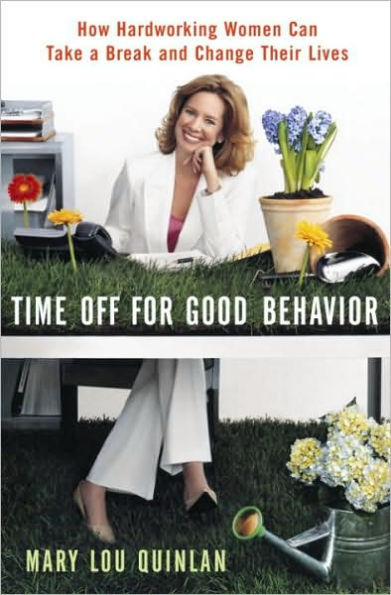 Time Off for Good Behavior: How Hard Working Women Can Take a Break and Change Their Lives What She's Not Telling You: Why Women Hide the Whole Truth and What Marketers Can Do About It 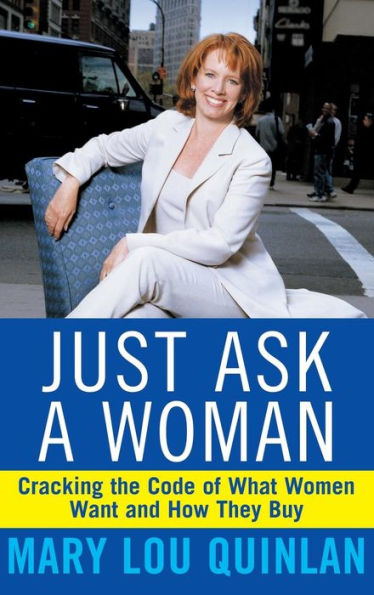 Just Ask a Woman: Cracking the Code of What Women Want and How They Buy

Gender inequality in the workplace is not just a women’s issue - The Washington Post
Mary Lou Quinlan: Why it matters that Clinton is a woman - The Irish Times
The Sheryl Sandberg Question: To Lean In... Or Not? - The Huffington Post
Biography

Mary Lou Quinlan is a marketer, author, actress, speaker and advocate for women. From advertising director at Avon to CEO of ad agency NW Ayer to successful entrepreneur and now creative force, Mary Lou is a master of reinvention. Her marketing company, Just Ask a Woman has advised over 100 blue chip brands, such as Wells Fargo, American Express, Estee Lauder, GlaxoSmithKline and Saks Fifth Avenue.

Mary Lou is the author of What She’s Not Telling You, Time Off for Good Behavior, and Just Ask a Woman. Her latest book The God Box became a New York Times bestseller in just three weeks. With publication rights bought in Brazil, China, Spain, Korea, the UK, Australia and South Africa, The God Box Project is fast becoming a global movement.

She’s written inspirational features for Real Simple, O, the Oprah magazine, and MORE. She’s appeared as a correspondent on The CBS EARLY Show and many news shows as well as a judge on the premiere season of the ABC series “American Inventor” among many media appearances, including The New York Times, Wall St. Journal, Parade, People and USA Today.  She has keynoted hundreds of conferences around the world. Mary Lou is Jesuit-educated with an MBA from Fordham University and an Honorary Doctorate in Communications from her alma mater, Saint Joseph’s University in Philadelphia.  She lives in NYC with her husband Joe and dog Rocky.