Mark Siegel was a close friend, speech writer and confidante of the late Prime Minister Benazir Bhutto for 25 years, and collaborated with her over the last months of her life in a widely acclaimed book entitled Reconciliation: Islam, Democracy and the West (Harper Collins, 2008). Mr. Siegel and Ms. Bhutto completed the book just days before her death with Mr. Siegel receiving the final edits from her on the morning of her assassination. Given Mr. Siegel's unique friendship with Prime Minister Bhutto, and their professional and political partnership over the years, he is now a sought-after voice on her message which is the theme of their book and her final legacy. Please send me availability & fees for Mark Siegel
Thank you for your interest in this Harry Walker Agency speaker.
You will hear from one of our agents in the next 24 hours. If you have any other questions or information, please call us right away at 646.227.4900. Are you also interested in learning more about other speakers? Create a My Speaker List.
Explore Talks By Mark Siegel
Expand all >

From the Summer of 2007 until seven days before Prime Minister Bhutto's assassination, Mark Siegel worked closely with her on Reconciliation. The book was written under extraordinary circumstances - during house arrest and often under the constraints of Emergency Rule, tantamount to Martial Law. PM ...

From the Summer of 2007 until seven days before Prime Minister Bhutto's assassination, Mark Siegel worked closely with her on Reconciliation. The book was written under extraordinary circumstances - during house arrest and often under the constraints of Emergency Rule, tantamount to Martial Law. PM Bhutto expressed many thoughts to Mr. Siegel, including the idea that Prime Ministers will come and go, but the message in this book will live on forever. Mark Siegel believes that it is the legacy of the message in this book, which manifests the strength, optimism and vision of a great and noble woman, that people will remember and not her brutal and untimely death. In this presentation Mr. Siegel takes the audience behind the scenes of the writing of this book, but more importantly gives insight into the extraordinary life of this brave and inspiring woman. 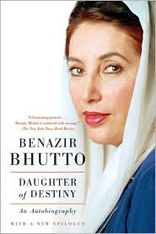 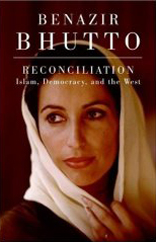 Reconciliation: Islam, Democracy, and the West

Siegel’s extensive national political experience includes service as Executive Director of the Democratic National Committee, and as a long-time elected member of the Committee. Siegel was Deputy Assistant to the President for Political Affairs in the Carter White House.  He was the national coordinator of the Draft Ted Kennedy for President movement in 1980.  He has served on three Democratic Party reform commissions and drafted the rules by which Democratic presidential candidates are nominated.  Siegel worked in the U.S. Congress both for Sen. Hubert Humphrey of Minnesota and for Congressman Steve Israel of NY as Chief of Staff.

As a private sector lobbyist, member of the board of the National Democratic Institute of International Affairs and as a speaker for the U.S Department of State, Siegel worked throughout the world promoting transition to democracy and modernization.  He is an expert on the Middle East, South Asia, political Islam and other issues central to current global challenges.

Siegel co-authored with the late Prime Minister of Pakistan Benazir Bhutto the international best seller Reconciliation: Islam Democracy and the West. He was a guest on Comedy Central with Jon Stewart talking about the book.  He later produced a documentary on Bhutto's life that won the prestigious Peabody Award.

Siegel has written for The New York Times, The Washington Post, The Wall Street Journal, Maariv and other major publications in the U.S. and globally, and has appeared frequently on television as a political analyst.  He served as the Today Show’s on-air expert on the Electoral College during the presidential recount in 2000, and for three national conventions served as political consultant to Walter Cronkite.  In 2008 Siegel was the guest on Jon Stewart’s Comedy Central discussing his book with Ms. Bhutto.

He holds a PhD in political science from Northwestern University where he specialized in American politics.  Siegel has taught at Loyola University, the American University, George Washington University and at Columbia University.  He is currently on the faculty of the Center for Global Affairs at NYU.