A talented director, Jonathan Kesselman released his first major cinematic production while still in film school. Exploring Jewish themes with a comedic spin, he deftly uses film as a medium for commentary and satire. 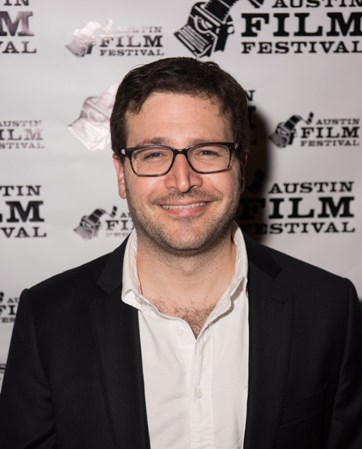 Please send me availability & fees for Jonathan Kesselman
Thank you for your interest in this Harry Walker Agency speaker.
You will hear from one of our agents in the next 24 hours. If you have any other questions or information, please call us right away at 646.227.4900. Are you also interested in learning more about other speakers? Create a My Speaker List.
Rave Reviews About Jonathan Kesselman
“
Jonathan was awesome! He spoke at the University of Colorado’s Hillel and riveted the students with his wit and constant energy. Throughout the evening he rocked the house with his humor and at the same time shared his amazing insights into elements of film making. His energy in front of the group is contagious and every person in attendance exited with a chuckle and smile. I can’t wait to bring Jonathan back to CU for another amazing evening.

- Rabbi Adam Naftalin-Kelman, Hillel at the University of Colorado Boulder
”

Jonathan Kesselman deftly uses film as a medium for commentary and satire. ...

Jonathan Kesselman deftly uses film as a medium for commentary and satire.

Jonathan launched his career writing and directing The Hebrew Hammer in 2003 to international acclaim with its world premiere at the Sundance Film Festival. It later played a number of international festivals before being picked up for theatrical distribution (Hanukkah 2003) by Strand Releasing in conjunction with Comedy Central and Paramount Home Video.  Voted among the top holiday movies by The New York Times, Vanity Fair, Boston Globe and Time Magazine, the Hebrew Hammer was aired on Comedy Central for five years after the television rights were sold to the major cable network. Moment Magazine included Hebrew Hammer among its Top 100 Most Influential Films in the History of Jewish Cinema. Among others in the list were The Graduate, Schindler’s List and Annie Hall.

Most recently, Jonathan’s newest feature film Jimmy Vestvood: Amerikan Hero starring Maz Jobrani and John Heard, had its world premiere at the 2014 Austin Film Festival, where it won the Comedy Vanguard award as well as the Audience Award. Jimmy will be released theatrically in 2015. Jonathan is currently in pre-production on The Hebrew Hammer VS Hitler.

His short film work includes Arts & Crafts, starring Josh Cooke and Rob Benedict which was an “exclusive” on Will Ferrell’s Funny Or Die website.  Funny Or Die then commissioned two other “exclusives”, which Jon wrote and directed, entitled Roasted: America Under the Influence and Sexy Daddy, starring Dave Foley and written by Dave and Kevin McDonald.