An investigative journalist, writer, and editor, Greg O’Brien was diagnosed with younger-onset Alzheimer’s disease in 2009 at age 59. Since then, he has spoken across the country about his experience living with Alzheimer’s disease, and at events including the Alzheimer’s Association’s Massachusetts/New Hampshire Chapter, which is in his community. He has been featured in the documentary film, Living with Alzheimer’s: A Place Called Pluto, and on NBC News and National Public Radio. He is currently contributing a regular column to the Huffington Post and Psychology Today. 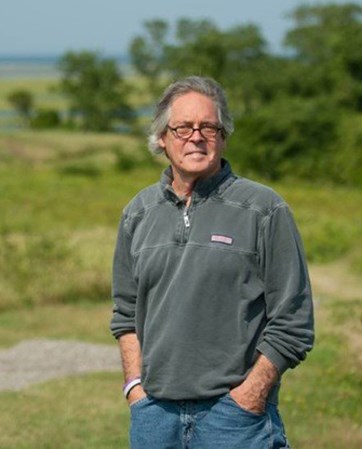 Please send me availability & fees for Greg O'Brien
Thank you for your interest in this Harry Walker Agency speaker.
You will hear from one of our agents in the next 24 hours. If you have any other questions or information, please call us right away at 646.227.4900. Are you also interested in learning more about other speakers? Create a My Speaker List.
Explore Talks By Greg O'Brien
Expand all >

A Journalist Takes On Alzheimer's

This Is Not Your Grandfather's Disease

Living Not Dying with Alzheimer's: My Brain Used to Be My Best Friend

What Do We Tell the Kids? 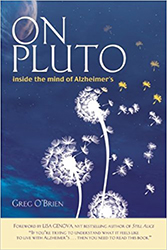 On Pluto: Inside the Mind of Alzheimer's

Greg O’Brien was diagnosed with younger-onset Alzheimer’s disease in 2009 at age 59.

Greg has more than 35 years of experience as a writer, editor, investigative reporter and publisher. His work has appeared in the Boston Herald, Arizona Republic, Associated Press, Denver Post, Huffington Post, Psychology Today, Readers Digest, USA Today, and Boston Magazine, where he was a senior writer, among other publications. Greg is the editor/author of several books including On Pluto: Inside the Mind of Alzheimer’s.

Prior to his diagnosis, Greg experienced difficulty recalling the names of friends and family members, confusion while driving and increasing anxiety. Gradually, the symptoms began to impact Greg’s professional life, and he compensated by relying on electronic devices, programmed reminders and other organizational tools.

Greg’s mother, father, paternal uncle and maternal grandfather all died with symptoms of Alzheimer’s disease. During the last years of his mother’s life, Greg was her caregiver and became very familiar with the devastating symptoms of the disease. Denial prevented Greg from pursuing his own diagnosis at first; however, as his symptoms worsened, he consulted his primary care physician, who referred him to a neurologist.

After completing a battery of tests including MRI and SPECT scans, Greg and his spouse, Mary Catherine, met with a neurologist to receive the diagnosis. Genetic testing confirmed that Greg carries the APOE-e4 gene, which increases the risk of developing Alzheimer’s disease.

Greg responded to the diagnosis from the perspective of an investigative journalist. Overcome by emotions, he tried to focus on the facts. However, his thoughts quickly turned to the future and the impact of the disease on his wife and children.

At the advice of the neurologist, Greg and Mary Catherine began considering plans for the future, which led to meetings with an estate attorney and the establishment of powers of attorney for health care and property. Greg shared the diagnosis with his children, whose reactions ranged from anger to fear, and eventually humor.

Greg has spoken across the country about his experience living with Alzheimer’s disease, and at events including the Alzheimer’s Association’s Massachusetts/New Hampshire Chapter, which is in his community. He has been featured in the documentary film, Living with Alzheimer’s: A Place Called Pluto, and on NBC News and National Public Radio. He is currently contributing a regular column to the Huffington Post and Psychology Today.

As a member of the Alzheimer’s Association 2015 National Early-Stage Advisory Group, Greg would like to raise awareness of the experience of people with younger-onset Alzheimer’s, and advocate for increased funding for research. Using his skills as a writer, he states, “I want to help teach the world how to live and speak through the heart as the brain diminishes.”