A successful former pro golfer, David Feherty was a regular on the European Tour and the winner of 10 world-class tournaments. Since then, Feherty has become a nationally-recognized golf commentator for CBS Sports and NBC Sports, providing unparalleled insight and analysis for nearly 20 years. He has written several bestselling golf books and is the host of the Golf Channel's most popular program, Feherty, which features one-on-one interviews with the world's most notable figures in golf.

Please send me availability & fees for David Feherty
Thank you for your interest in this Harry Walker Agency speaker.
You will hear from one of our agents in the next 24 hours. If you have any other questions or information, please call us right away at 646.227.4900. Are you also interested in learning more about other speakers? Create a My Speaker List.
Rave Reviews About David Feherty
“
David Feherty was a super hit for Lincoln International. He was charming, spoke for a fascinating hour and 10 minutes, and then noticed his books – asked ‘Are they signed?’ He insisted on signing anyone’s books who wanted a signature, even personalizing most, and had no intention of rushing off. He was a hero! I’m so glad that this date turned out to be a smash hit on every level!

A Nasty Bit of Rough

Sports speaker David Feherty discusses life as a golfer and commentator, using humor to discuss some of the more comical moments from life on the PGA Tour. ...

Sports speaker David Feherty discusses life as a golfer and commentator, using humor to discuss some of the more comical moments from life on the PGA Tour.

The Class Clown of Commentary 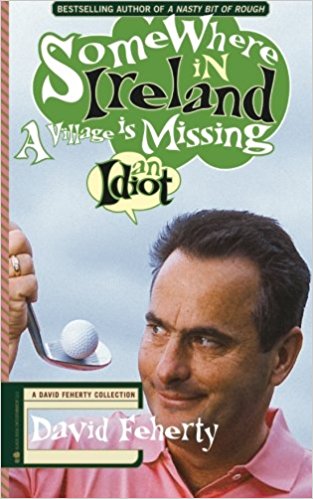 Somewhere in Ireland, A Village is Missing an Idiot: A David Feherty Collection 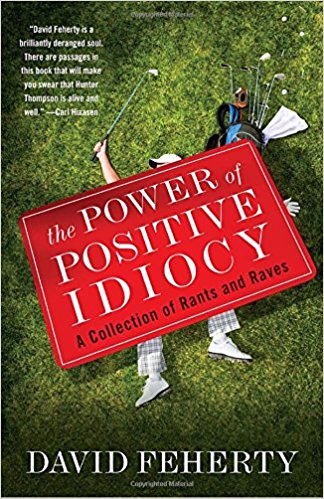 The Power of Positive Idiocy: A Collection of Rants and Raves A Nasty Bit of Rough An Idiot for All Seasons

David Feherty was born in the seaside town of Bangor in Northern Ireland. He grew up with aspirations to become an opera singer, until he discovered he had the knack for hitting a golf ball. He jokes about his career change, “I was always interested in music from a very early age. But when I turned pro at age 17, I haven’t sung a note since. Now, I only sing to punish my children.”

David enjoyed a successful professional career, with 10 victories worldwide and over $3 million in prize money. He was a regular on the European Tour, with victories including the ICL International, the Italian Open, Scottish Open, South Africa PGA, BMW Open, Cannes Open, and Madrid Open. He captained the winning Irish team in the 1990 Alfred Dunhill Cup and played on the European Ryder Cup Team in 1991, an experience that rejuvenated his fervor for golf.

In 1997, David retired from professional golf when offered a position as a golf commentator for CBS Sports. “I always enjoyed talking more than playing, and now I'm being paid for what I like to do most.” In 2015, David joined NBC for analysis on tournament coverage. Thanks to his sharp wit and colorful personality, he has become golf’s favorite announcer.

The Golf Channel is currently airing its fifth season of Feherty -- its most popular program. No topic is off limits in this original series that shares revealing interviews with well-known personalities from sports and entertainment, including President Clinton, Donald Trump, Samuel L. Jackson and Bill Russell among others. As one critic observed, “Feherty is like the man: brutally honest, funny, maddeningly scattered.” Thanks to a recent partnership with PGA Tour Radio and the Golf Channel, the program is now broadcast on Sirius and XM satellite radio.

David’s success extends beyond broadcasting. He’s authored 6 books, several making The New York Times bestsellers list, including An Idiot for all Seasons; Somewhere in Ireland, A Village is Missing an Idiot; and A Nasty Bit of Rough. Each is “chocked full with belly-busting humor,” including his latest bestseller, The Power of Positive Idiocy.

For David, his most fulfilling activities are on behalf of badly injured U.S. troops. Through his Troops First Foundation, David stages events for wounded Special Forces, Green Berets and other U.S. heroes involving golf, hunting, bicycling and skiing. “Losing a limb, or the ability to use a limb, is one thing,” David says. “But the dignity they lose with it is perhaps even more important. And to be able to give them some of that dignity back is my mission with these days. It’s not a charity. It’s just us trying to pay back a very small part of the check that we owe them.”

In 2012, Feherty was awarded the third-highest honor within the Department of the Army Civilian Awards, the Outstanding Civilian Service Award.