Known globally as the architect and negotiator of China’s WTO agreement, Ambassador Barshefsky is one of the world’s experts on China. With two decades of experience, she offers highly expert, in-depth knowledge about conducting business with China. Ambassador Barshefsky also draws on the skills she used to spearhead hundreds of trade and investment agreements, as well as her unique understanding of international economic policy, and foreign and U.S. government policies, to enlighten audiences with her wide breadth of global knowledge.

Please send me availability & fees for Charlene Barshefsky
Thank you for your interest in this Harry Walker Agency speaker.
You will hear from one of our agents in the next 24 hours. If you have any other questions or information, please call us right away at 646.227.4900. Are you also interested in learning more about other speakers? Create a My Speaker List.
Rave Reviews About Charlene Barshefsky
“
Charlene Barshefsky was terrific. One of the most articulate, substantive and informative speakers we have had in the series. Plus a genuinely nice person! I'm so glad we had her - feel free to use me as a reference if other colleges want a testimonial.

Penetrating Foreign Markets Around the World

Based on her experience as a United States Trade Representative, Ambassador Barshefsky shares her expertise in achieving market access across the globe and for using negotiations to the best commercial advantage. ...

Based on her experience as a United States Trade Representative, Ambassador Barshefsky shares her expertise in achieving market access across the globe and for using negotiations to the best commercial advantage.

Globalization: The Politics of Trade

Trading Up To Economic Recovery

In this timely speech, Ambassador Barshefsky illustrates the critical agenda that can promote growth as trade spurs development, and builds alliances and security with other countries as economic integration creates shared interests. With an unparalleled understanding of international economic polic ...

In this timely speech, Ambassador Barshefsky illustrates the critical agenda that can promote growth as trade spurs development, and builds alliances and security with other countries as economic integration creates shared interests. With an unparalleled understanding of international economic policy, Ambassador Barshefsky shares the keys to strengthening the U.S. economy through economic expansion, supporting development and security, and constructively engaging the developing world – India, China and others.

With over two decades of experience in negotiating with the Chinese government and Chinese businesses across multiple sectors, Ambassador Barshefsky brings a wealth of knowledge to any business seeking entry into this rapidly developing marketplace and will deliver a presentation tailored to your me ...

With over two decades of experience in negotiating with the Chinese government and Chinese businesses across multiple sectors, Ambassador Barshefsky brings a wealth of knowledge to any business seeking entry into this rapidly developing marketplace and will deliver a presentation tailored to your meeting’s objectives. Ambassador Barshefsky offers unique insight into China’s internal policies and politics, negotiating with the Chinese government and businesses, how to navigate the significant challenges, how to succeed in this complex commercial environment, and more. 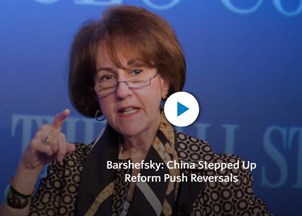 As America's chief trade negotiator, CHARLENE BARSHEFSKY helped negotiate China's inclusion in the World Trade Organization, a milestone moment in the modern global economy. Currently a Board Member of the America-China society, Barshefsky is frequently sought-out for her sharp insights into China's geopolitical outlook. Recently, at the Wall Street Journal's prestigious CEO Council on Asia, Barshefsky spoke of the current political backlash against globalization, China's obligation to reform, and about America's options for reducing the deficit. 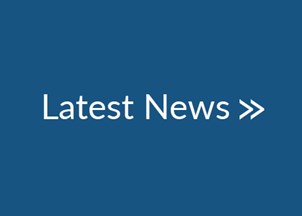 Negotiating Tips: The Only Word for No Is No Ambassador Charlene Barshefsky, Senior International Partner at WilmerHale in Washington, DC, is an advisor to a number of Fortune 100 and other multinational corporations in connection with their trade and investment activities in China, Europe and the United States, including in such areas as financial services, telecommunications, high-technology goods and services, consumer products, agriculture and intellectual property rights.

Recognized as a central figure for international business and international economic and trade issues, Ambassador Barshefsky has long been renowned in the US and around the world for her negotiating, policy and legal skills in transactions with governments, state-owned enterprises and private parties. She joined WilmerHale after serving as the United States Trade Representative from 1997 to 2001 and acting and deputy USTR from 1993 to 1996. As the USTR and a member of the President’s Cabinet, she was responsible for the formulation of US trade policy and the negotiation of hundreds of complex trade and investment agreements that significantly opened markets, removed regulatory barriers, and cemented protections for US investment from Europe to Asia, Africa to Latin America, and the Middle East.

Ambassador Barshefsky is best known globally as the architect and negotiator of China’s WTO agreement, which opened China’s economy as a worldwide market. This agreement, of undisputed historical importance, has helped to reshape the global economic landscape. Her agreement to open the Vietnamese market was the cornerstone of the normalization of relations between the US and Vietnam; and her pursuit of pro-growth trade policies in the Middle East –through the initial creation of special economic zones to integrate Israel with her neighbors, and a Free Trade Agreement with Jordan – has been recognized as a foundation element for subsequent free trade initiatives with the Muslim Middle East.

Ambassador Barshefsky has been honored by both Harvard and Yale law schools. Her negotiations are the subject of several Harvard Business School case studies; and her negotiating skills and legal talent have been heavily profiled in a large number of books, magazines and newspapers. She is a frequent lecturer and op-ed contributor in the US and abroad on trade and economic issues of importance, and is the recipient of a number of honorary degrees and numerous other accolades for lifetime achievement. She is recognized as one of the most influential lawyers in the United States, and is a member of a broad range of foreign policy-oriented and economic institutions devoted to public policy and international relations.

Ambassador Barshefsky is a member of numerous professional organizations, including the Board of the America-China Society, a Fellow of the Foreign Policy Association and a member of the American Academy of Diplomacy and the Trilateral Commission. She serves on the Boards of Directors of American Express Company, The Estée Lauder Companies Inc., Intel Corporation, and Starwood Hotels & Resorts Worldwide, Inc. She is a trustee of the Howard Hughes Medical Institute and a member of the Council on Foreign Relations.