Amy Goodman is the host and executive producer of Democracy Now!, a national, daily, independent, award-winning news program airing on over 750 TV and radio stations in North America.

Please send me availability & fees for Amy Goodman
Thank you for your interest in this Harry Walker Agency speaker.
You will hear from one of our agents in the next 24 hours. If you have any other questions or information, please call us right away at 646.227.4900. Are you also interested in learning more about other speakers? Create a My Speaker List.
Rave Reviews About Amy Goodman
“
[Amy] was great. The folks who came out for her were true, die-hard fans who were excited to be there and meet her. Amy was generous with her time and was a pure pleasure to work with. 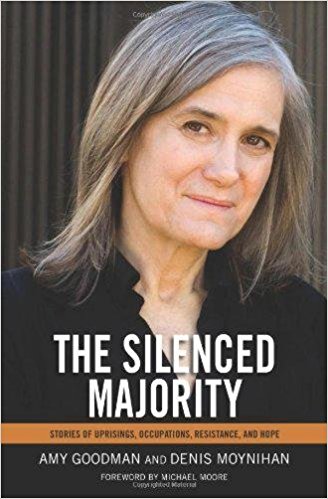 The Silenced Majority: Stories of Uprisings, Occupations, Resistance, and Hope 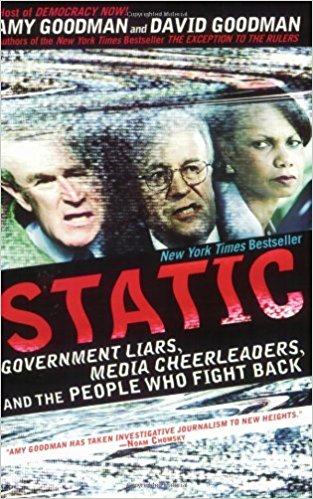 Static : Government Liars, Media Cheerleaders, and the People Who Fight Back 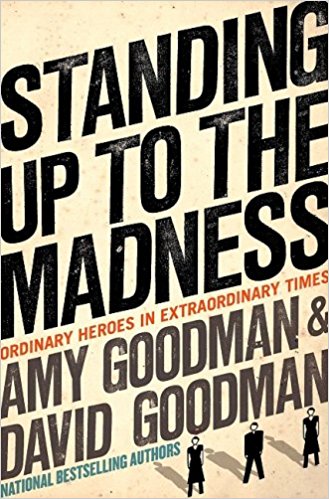 Standing up to the Madness : Ordinary Heroes in Extraordinary Times

Amy Goodman is the host and executive producer of Democracy Now!, a national, daily, independent, award-winning news program airing on over 1,300 public television and radio stations worldwide. Time Magazine named Democracy Now! its “Pick of the Podcasts,” along with NBC’s Meet the Press.

The Nieman Foundation for Journalism at Harvard honored Goodman with the 2014 I.F. Stone Medal for Journalistic Independence Lifetime Achievement Award. She is also the first journalist to receive the Right Livelihood Award, widely known as the 'Alternative Nobel Prize' for “developing an innovative model of truly independent grassroots political journalism that brings to millions of people the alternative voices that are often excluded by the mainstream media.” She is the first co-recipient of the Park Center for Independent Media’s Izzy Award, named for the great muckraking journalist I.F. Stone. The Independent of London called Amy Goodman and Democracy Now! "an inspiration." PULSE named her one of the 20 Top Global Media Figures of 2009.

Goodman has co-authored five New York Times bestsellers. Her latest two,The Silenced Majority: Stories of Uprisings, Occupations, Resistance, and Hope, and Breaking the Sound Barrier, both written with Denis Moynihan, give voice to the many ordinary people standing up to corporate and government power. She co-authored her first three bestsellers with her brother, journalist David Goodman: Standing Up to the Madness: Ordinary Heroes in Extraordinary Times (2008), Static: Government Liars, Media Cheerleaders, and the People Who Fight Back (2006) and The Exception to the Rulers: Exposing Oily Politicians, War Profiteers, and the Media That Love Them (2004). She co-writes a weekly column with Denis Moynihan (also produced as an audio podcast) syndicated by King Features, for which she was recognized in 2007 with the James Aronson Award for Social Justice Reporting.

Goodman has received the American Women in Radio and Television Gracie Award; the Paley Center for Media’s She’s Made It Award; and the Puffin/Nation Prize for Creative Citizenship. Her reporting on East Timor and Nigeria has won numerous awards, including the George Polk Award, Robert F. Kennedy Prize for International Reporting, and the Alfred I. duPont-Columbia Award. She has also received awards from the Associated Press, United Press International, the Corporation for Public Broadcasting, and Project Censored. Goodman received the first ever Communication for Peace Award from the World Association for Christian Communication. She was also honored by the National Council of Teachers of English with the George Orwell Award for Distinguished Contribution to Honesty and Clarity in Public Language.