The road to Washington is full of hot button issues. 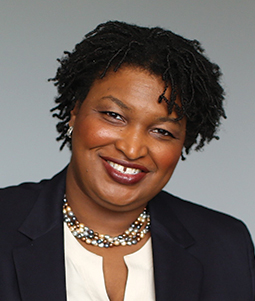 Stacey Abrams made history and captured the nation's attention as the first Black woman to become the gubernatorial nominee for a major party in any state, going on to win more votes than any other Democrat in Georgia's history. After eleven years in the Georgia House of Representatives, seven as Minority Leader, Abrams became the 2018 Democratic nominee for Governor of Georgia in what was one of the most-watched and closest elections of the year.

Sought-out to speak everywhere from TED, where her talk has racked up over a million views and counting, to college campuses, to the Commonwealth Club, Abrams is a powerful and passionate speaker heralded for her candid insights on politics, leadership, entrepreneurship, social justice, and being a true force for change. 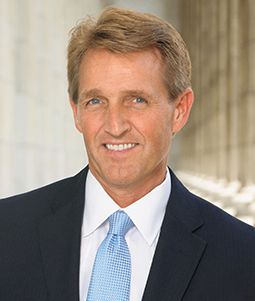 Jeff Flake has nearly two decades of experience on Capitol Hill in both the Senate and House of Representatives. Heralded as an "ideal public servant" in The New York Times, Flake is renowned for his bravery in speaking out against the current administration, his principled stands on spending and free trade, and his shrewd negotiations and bipartisanship on complicated issues such as immigration.

Sought-out to speak everywhere from the Forbes Under 30 Conference to Harvard Law School, Flake shares substantive, candid insights on the current political environment and what is and isn't achievable in Washington, as well as shrewd analysis on foreign affairs, trade and the economy, and more. 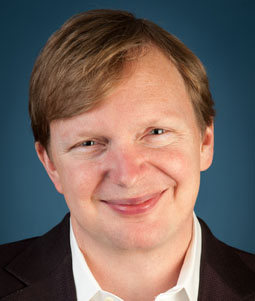 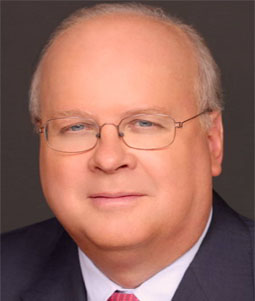 With over two decades of experience in the political arena, Karl Rove is an iconic strategist, whose provocative and robust knowledge of the major political issues of the day have made him one of the most sought-after political pundits of our time. 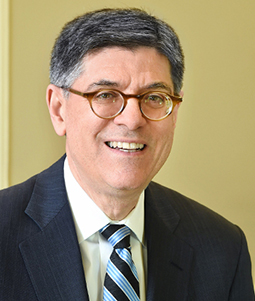 Secretary of the Treasury Jack Lew (2013- 2017) has served as the most senior economic official in the U.S. government, helping to shape policies that drove the longest economic recovery in American history.  As a speaker, he brings the freshest insights and an insider's knowledge of the individual people and policies affecting the direction of the global economy.  Secretary Lew addresses these issues both from an historical perspective—given his over 30 years of government experience—and by looking forward to how the new Administration and Congress may tackle the many challenges they face.  With his unique perspective, Secretary Lew presents an engaging view of how complex financial and geopolitical forces are shaping our economy, both domestically and overseas. 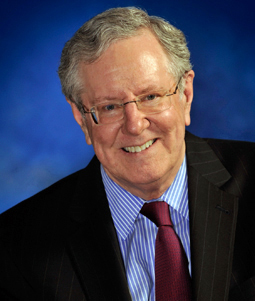 Steve Forbes is Chairman and Editor-in-Chief of Forbes Media, and an internationally respected authority in the worlds of economics, finance, and corporate leadership. With the economy at the forefront of conversation on a global level, Mr. Forbes offers long-standing insights that capitalism, free markets, and a flat tax are essential to a healthy economy. This is a message Mr. Forbes has been delivering as editor of one of the world’s most successful business magazines for decades, and he continues to be one of the most sought-after speakers on this and other economic issues leading the economic debates around the world. 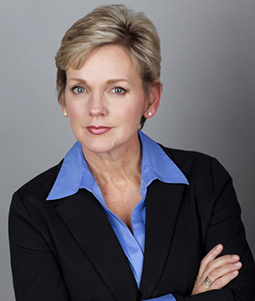 Jennifer M. Granholm is a former two-term governor and former attorney general of Michigan. Today, Granholm advocates for a national commitment to advanced manufacturing, worker training, and clean energy. The former host of The War Room with Jennifer Granholm and author of a Washington Post political bestseller, Granholm was recently tapped as a Senior Political Commentator for CNN. Selected to speak at the DNC in both 2012 and 2016, event planners praise Granholm's dynamic, to-the-point style: "Governor Granholm was incredible. She blew the roof off the place, in fact. That and she was a delight to work with." 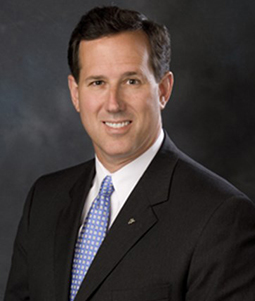 A passionate champion of America’s founding principles, Senator Rick Santorum's impressive presidential campaign positioned him as a leading voice of the Republican Party. In four years in the U.S. House of Representatives, 12 as U. S. Senator, and now as a Senior Political Commentator with CNN, Rick Santorum earned a reputation as a passionate fighter for conservative values and a vocal advocate for smaller government, cutting wasteful spending, a strong national defense, and a return to our country’s founding principles. 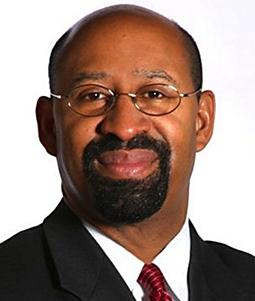 As a current Commentator for CNN, Michael Nutter provides razor-sharp, engaging analysis on today’s most pressing issues, going beyond the headlines to deliver frank insights on what’s truly at stake. With over 20 years of experience as an elected official, a celebrated sense of humor, and tremendous depth of knowledge on everything from the economy to healthcare policy, Michael Nutter brings the informative and dynamic commentary he’s known for as a political thought leader to the stage. 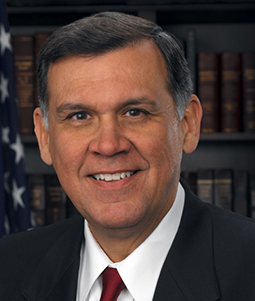 The first Cuban-American to serve in the U.S. Senate, Mel Martinez embodies the transformative power of the American dream. With deep insight into the most important social and political issues of our time, Senator Martinez brings a fresh perspective to the debate on immigration reform, foreign policy, American-Cuban relations, health care reform, the economy and the future of the Republican Party. Senator Martinez passionately reminds audiences that people, not governments, make the best decisions for themselves and their families. 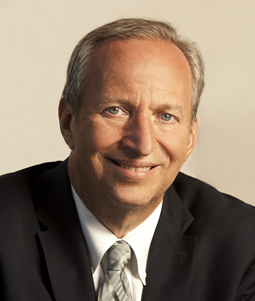 An expert on domestic economics and a leading authority on international finance, Larry Summers is one of the most distinguished voices on economic and political issues. During his tenure in the Obama Administration, Larry Summers emerged as a key economic decision-maker and continues to be called upon as the number one resource for the most pressing economic debates of the day. 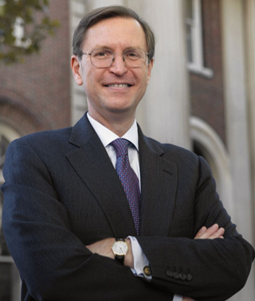 Dr. Hubbard has devoted his career to the thorough analysis of American fiscal policies, and presidents and corporate executives have sought out his opinion on the most pressing economic issues of the day. Combining decades of experience with lauded academic research, Dr. Hubbard gives a robust and stimulating look at the top economic issues—and their future. 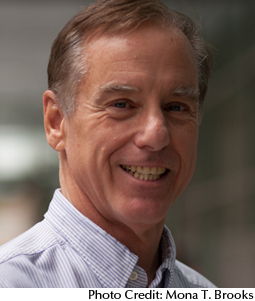 Dean’s groundbreaking campaign for the U.S. Presidency and subsequent four years as Chairman of the Democratic National Committee have provided him with both an insider's view and a reformer's commitment to the economy, foreign trade policy and international relations. His 12 years as Governor and his Chairmanship of the National Governor's Association have given him a vast knowledge of domestic issues. 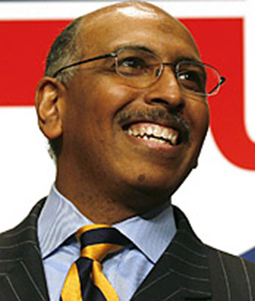 Michael S. Steele is a witty, engaging, and savvy political observer. His experiences as Maryland's lieutenant governor, as a candidate for the US Senate, and as a Republican Party leader make him an excellent guide on the fast-paced world of politics. As former chairman of RNC, Steele was charged with revitalizing the Republican Party. He is an expert on political strategy, fund-raising, PACs, and election reform. He made history in 2003 as the first African American elected to statewide office in Maryland, and again with his subsequent chairmanship of the RNC. 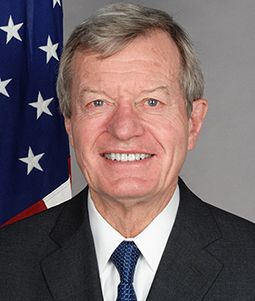 A fixture on news programs from Bloomberg to CNBC, Senator Baucus has been sought-out for his straight-talk and unparalleled experience on everything from healthcare and tax reform to China and trade. Serving as a Senator under six administrations and widely respected for his work developing free trade agreements with 11 countries, Baucus draws on his breadth of policy expertise to provide unique insights into today's hot topics. 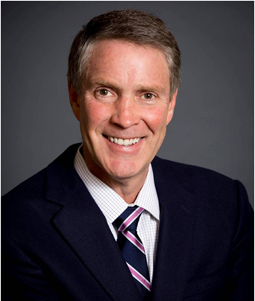 Senator Frist has been at the forefront of many debates and government initiatives that have shaped a myriad of policies over the years. He brings an experienced voice to the current issues of health reform, education, government policy, global health issues and volunteerism. He is actively engaged in the business as well as the medical, humanitarian, and philanthropic communities. 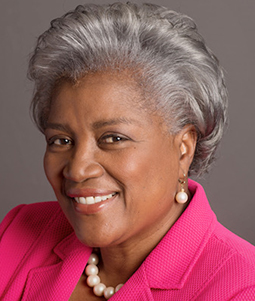 Donna Brazile is one of the best known, most influential African-American women in modern American political life. She was named one of the “100 Most Powerful Women in Washington, D.C.,” by Washingtonian Magazine and one of the “50 Most Powerful Women in America” by Essence Magazine. Ms. Brazile is a frequent political commentator and the Vice Chair of Voter Registration and Participation at the Democratic National Committee. 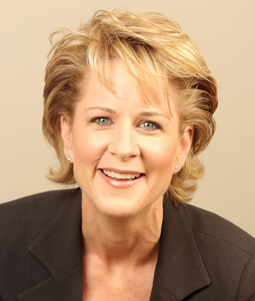 Best known to the public as the chief spokesperson for the Pentagon on 9/11 and the beginning of the Iraq war, Torie Clarke has long been respected within the worlds of politics and public relations as one of the most insightful experts on communication in the age of transparency. The architect of the media "embedding" program in Iraq, Clarke has stood on the leading edge of this transformation of the information environment for more than two decades. 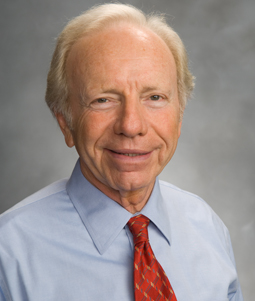 Perhaps best known as the Democratic candidate for Vice President in 2000, Senator Lieberman has established himself as a national leader—one who works across party lines to find common ground, a person who speaks his conscience and who gets things done for the good of all people in America. 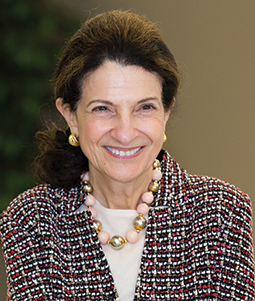 Senator Olympia Snowe's dedicated work for over three decades as a leading policymaker in Washington garnered her nationwide recognition. With more than three decades of policy experience and knowing how Washington does, and doesn’t work, she has keen and contemporary insights on Congress and the key issues in this election year. 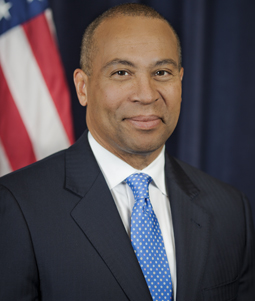 An accomplished executive, passionate leader and gifted orator, Deval Patrick will capture—and hold—the attention of any audience.  He entered office in 2007, a first-time candidate propelled by an unprecedented grassroots campaign and led the Commonwealth to top national rankings in education, healthcare, energy efficiency, economic competitiveness and more. 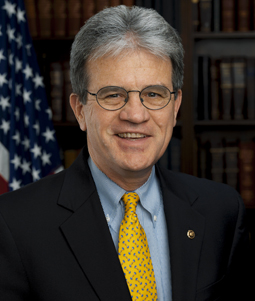 Described by newspapers as a budget hawk, Dr. Coburn led the fight to reduce wasteful Washington spending, increase accountability and transparency for all taxpayers, restore Constitutional government, and make healthcare more affordable and accessible for all Americans. He established himself as "a statesman willing to reach across the aisle to find solutions to the nation's budget woes" (Associated Press) and as a man who is "thoughtful and willing to seek solutions to big problems" (Politico).